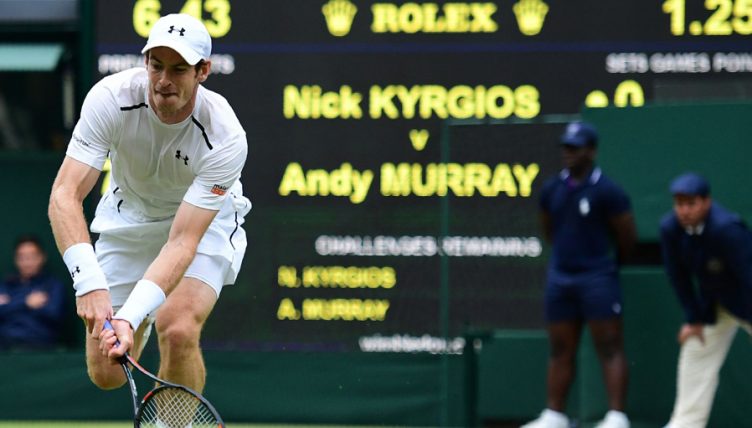 Andy Murray has been handed a tough test for his return to tennis at Queen’s.

The three-time Grand Slam winner, who has been out of action for almost a year with a serious hip injury, will face Australian Nick Kyrgios in the opening round.

Should he win, he could face Kyle Edmund, who replaced him as British number one during his injury absence, in the second round.

Nocak Djokovic, meanwhile, will face a qualifier, while last year’s winner, Felicinao Lopez, will open his defence of his crown against David Goffin.

Marin Cilic has been handed a test against Fernando Verdasco, and Cam Norrie faces an intriguing match-up against Stan Wawrinka.

Full draw:
Cilic vs Verdasco
Shapovalov vs Muller
Wawrinka vs Norrie
Clarke vs Querrey
Goffin vs Lopez
Raonic vs Qualifier
Kyrgios vs Murray
Harrison vs Edmund
Sock vs Medvedev
Qualifier vs Chardy
Donaldson vs Tiafoe
Mayer vs Anderson
Berdych vs Qualifier
Mannarino vs Evans
Qualifier vs Djokovic
Dzumhur vs Dimitrov