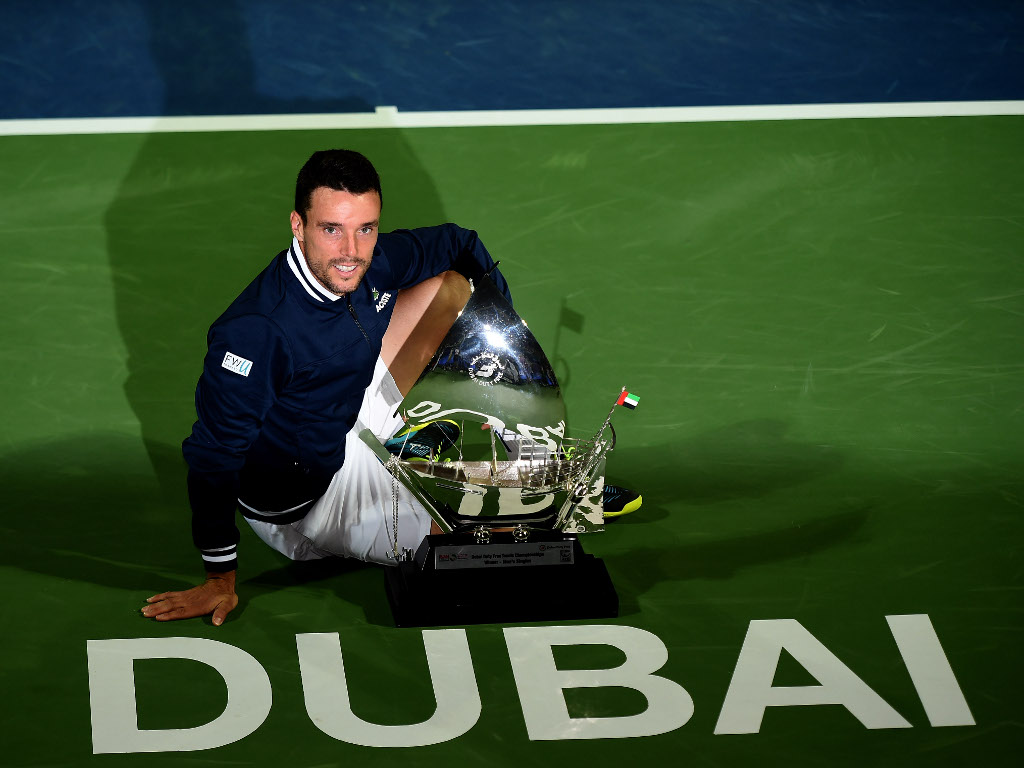 Having dropped just one set en route to the final, Bautista Agut again won in straight sets as he secured a 6-3, 6-4 victory in one hour and 21 minutes.

By contrast Pouille, who won in Montpellier and finished runner-up in Marseille last week, came into the final on the back of a hat-trick of three-set match and he found himself 3-1 down in the opening set with the third seed going on to win the set.

However, the Frenchman had the early upper hand in the second as he broke in the fourth game, but Bautista Agut hit back immediately and then claimed the decisive break in game nine.

He’s made it! After a brilliant performance, @BautistaAgut clinches his second title of the season by beating Lucas Pouille in Dubai, 6-3 6-4!i ??#DDFTennis pic.twitter.com/LyEuQQmOt2

“This is a special win that I’ll always remember, I’m so happy that I could win,” he said.

“Lucas is a really good player and has a great future. He’s been playing unbelievable this month. I’ve been working hard.”

Pouille paid tribute to the winner Bautista Agut, who won his second title of the year after also collecting the Auckland Classic title in January.

Not the result I wanted but well done @BautistaAgut ?? Congrats to @ddftennis for the impressive work achieved to make this tournament so special ?????? Still a great month for me with a title and two finals… Next Indian Wells ???????? ?? #TeamPouille #ComeOn pic.twitter.com/JEWi2z88WK