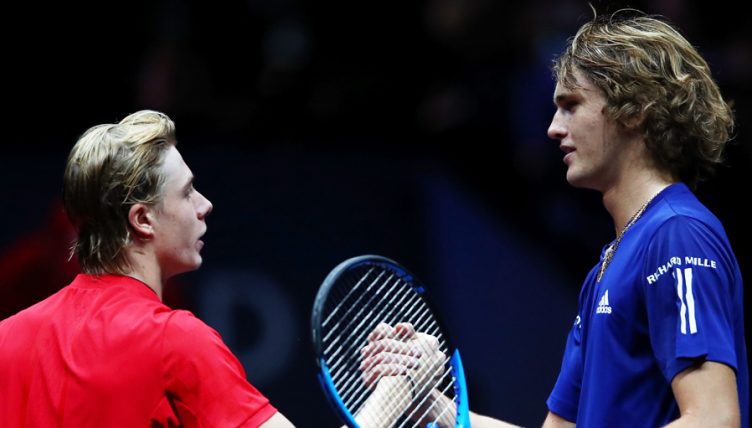 Australian legend Rod Laver has named the man he’s backing to replace Rafael Nadal and Roger Federer at the top.

Federer and Nadal, along with Novak Djokovic, have dominated tennis for years and have shared the two Grand Slams so far this year between them.

However, with both closer to the ends of their careers than the starts, attention has turned to the next generation of talent, and Laver has admitted to holding great expectations of one man in particular.

“He’s a leftie, like me, and at 19, he’s showing a tremendous amount of promise. I feel like he’s certainly going to reach the top if he continues with the attitude he’s got.

“He enjoys playing and he’s very keen and naturally talented.

“Alexander Zverev is a bit older, and he’s a better player than Denis is at the moment.

“Zverev and Dominic Thiem, who made the French Open final, are probably the two young ones at the moment that are great, but Denis just needs to get a little bit more experience.

“Sometimes when you’re young, you say, ‘I want to show you guys how I can do this’, and so the next thing you know, you’re trying to do too much in your game. You’ve got to stay under control.

“Nick Kyrgios is the other one who has heaps of talent and the potential to win everything. He played a great match in the Laver Cup against Federer, almost should have won the match, but he has had a lot of injuries.”