Roger Federer all set for Novak Djokovic clash: ‘Wimbledon was epic, but I moved on a long time ago’ 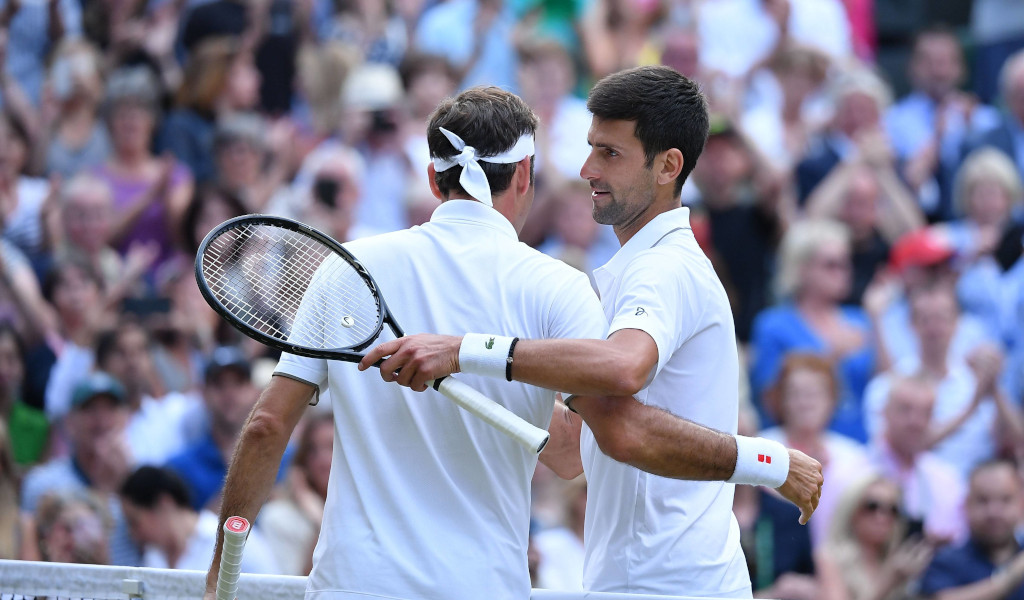 They are set to meet for the first time since their “epic” 2019 Wimbledon final, but Roger Federer insists he has moved on from THAT match against Novak Djokovic.

Federer and Djokovic produced a five-set classic that lasted four hours and 57-minutes with the latter saving two match points en route to win a fifth title at the All England Club.

Naturally it was initially a tough pill to swallow for Federer and he will get a first opportunity to exact revenge this week as the two have been paired in the same group at the ATP Finals.

The 20-time Grand Slam winner is expecting another exciting battle with the Serb.

“Wimbledon was epic,” the Swiss great said. “That was a special match for both of us. Maybe a bit more for him than for me, but that’s okay. I moved on a long time ago. When we match up I think our games really match up nicely. It’s great for the crowd, super-athletic.

“We have different playing styles. It’s pretty quick here I feel, the court. So it will be interesting. Indoors you focus more maybe on your serve and all that stuff rather than what your opponent does, but it should be exciting. I’m excited to play against Novak again here.”

The 2019 ATP Finals: When is it, groups, prize money, TV and video on demand channels

Djokovic leads their head-to-head record 26-22 while has also won three of their five ATP Finals clashes so he definitely has an edge over Federer.

However, the Swiss does fancy indoor courts, but then again Djokovic is no slouch on the surface.

“He’s been playing indoors okay, too. So it’s not like his record is nonexistent or is like so much worse than mine,” Federer said.

“I don’t even know if it’s worse than mine or mine is better. But honestly I’m very excited to play against Novak again here. I’m happy to be in his group.”