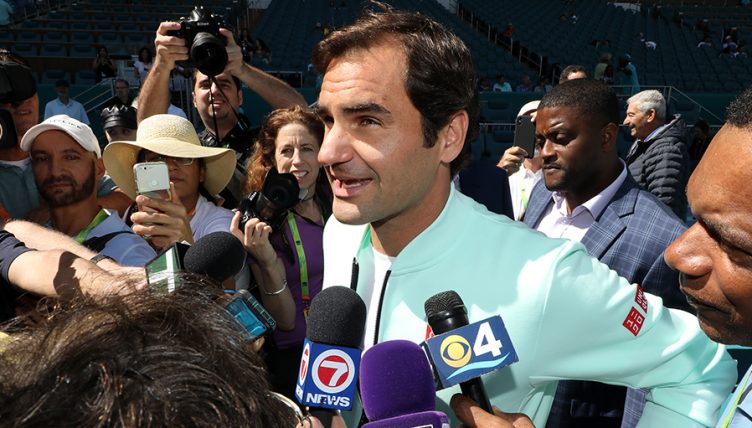 Politicians are opposing calls for Roger Federer to have an arena named after him in his home town in Switzerland.

The St Jakobshalle arena in Basel, where the Basel Open is held, is at the centre of a campaign to honour the 37-year-old.

“Yes, many,” she answered, when asked by the Express if they had received objections to the plan.

“The main arguments have been that Switzerland and Basel only honour dead people.

“And that Federer is a brand and he wants money.”

However, she hopes that despite opposition the plans can get pushed through, claiming Federer is something of a special case.

“He is the most popular ambassador of Switzerland,” she added.

“Because he speaks the Basel dialect, people have a high identification with him.

“He was Born in Basel and lived 16 years in this town, visited the school and his first tennis club was Old Boys Basel.

“He married (wife Mirka) here and his parents live in Basel.

“All over the world, he is well known, so he is really popular, not only as a sportsman.”