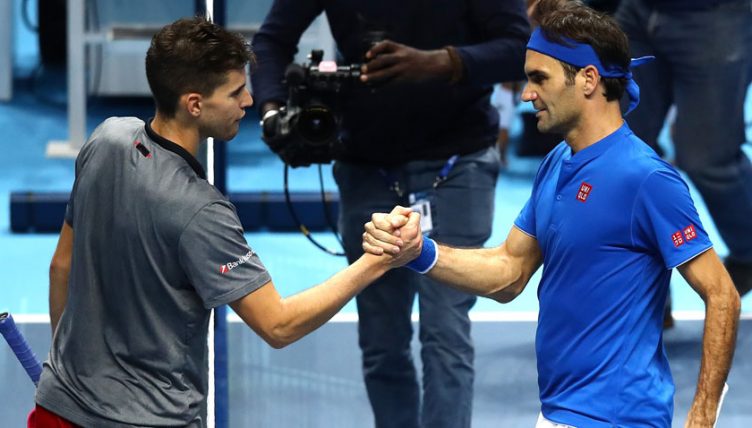 Roger Federer bounced back from his shock ATP Finals opening defeat to Kei Nishkori by outclassing Dominic Thiem 6-2 6-3 in his second round-robin match.

The Swiss star was dismal in defeat to Nishikori on Sunday, but easily overcame Thiem to keep his hopes of qualifying for the semi-finals alive.

Federer has reached the semi-finals of the ATP Finals every year since it moved to the O2 in 2009, but he’ll now have to beat Kevin Anderson in his final Lleyton Hewitt group match to keep that record alive.

“I don’t know what happened against Nishikori,” said Federer.

“Maybe it’s the round-robin format that got to me.

“So for me it was really important to remind myself what a thrill it is to play here at the O2. I love playing in London, always have, always will.”