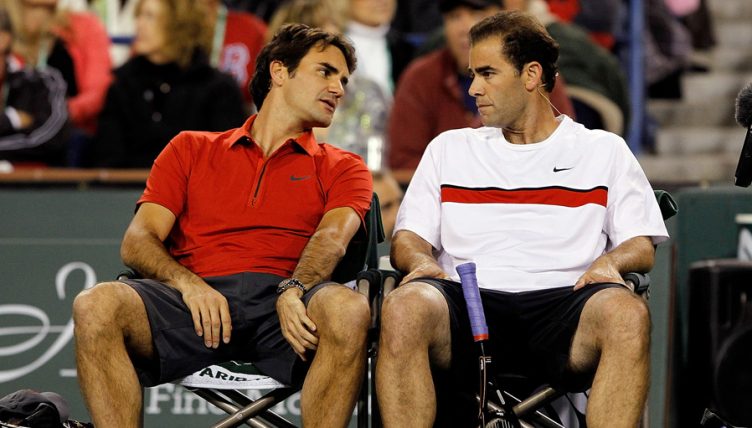 Roger Federer has named Pete Sampras as the man with the ‘best serve in tennis history’.

Federer beat Sampras’ record seven Wimbledon wins when he bested Marin Cilic in the SW19 final in 2017, and he has been speaking about his admiration for the US legend.

“I think his success at Wimbledon, being able to win it seven times is amazing,” he said.

“And he finished off with the US Open victory. It was very special against his biggest rival Andre Agassi.

“I think that’s what I’ll remember most of him.

As the world of golf prepare for the #RyderCup, here are tennis players in action on the golf course https://t.co/u6oa3pVUwh

“But especially his fluid game. I guess the best serve we’ve seen in tennis history, even though today we also have some good ones.

“And, you know, what a smooth mover he was, as well, which he never really got credit for.”