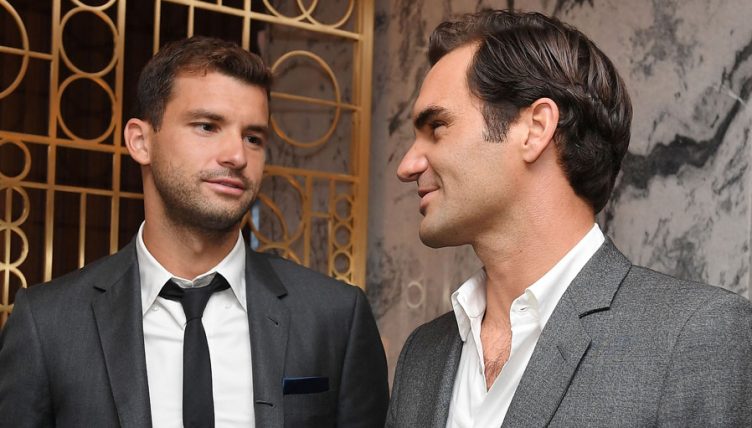 The Bulgarian was given the nickname ‘BabyFed’ early in his career as his talent was recognised.

However, after winning the ATP Finals in 2017 and ending the year as world number three, the 27-year-old currently languishes at number 19 in the world after a disastrous season.

‘For a long time the ‘BabyFed’ was really tough for him’, Krajicek said.

‘He was a very talented player but of course, there is only one Federer. Dimitrov looks like Federer.

“He has a nice technique, good player, unbelievable guy like Roger, but it was difficult and not only to deal with Federer but also with [Rafael] Nadal, [Novak] Djokovic, [Andy] Murray who were still playing.

“It was tough to break through. People said he looks like Federer but he is not even close. You lose the confidence.

“Last year I was so happy for him that he made to the top 3 and win World Tour Finals. This year he was supposed to make the next step, he had a bad year but, who knows, next year might be a good one.

“But before that, the ‘BabyFed’ had an impact on his career.”