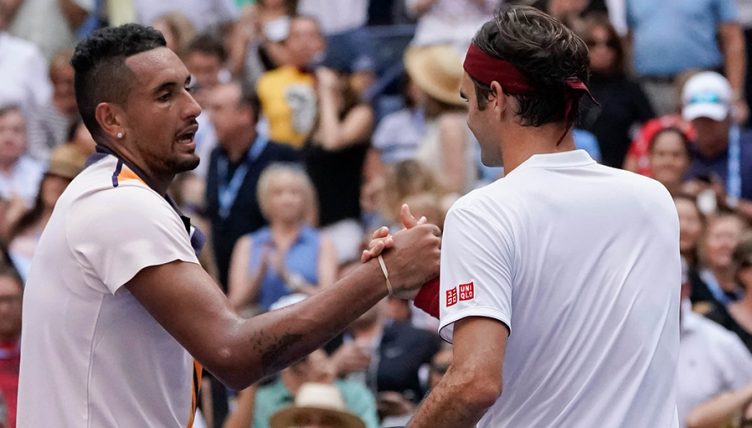 Roger Federer has spoken out in support of Nick Kyrgios after he was criticised for attempting an underarm serve against Rafael Nadal.

Australian Kyrgios won an epic contest against Nadal in Acapulco this week, despite his underarm serve failing to win a point.

Nadal himself blasted Kyrgios, branding him disrespectful to both him and the Mexican crowd.

However, Kyrgios has found an ally in Federer, who believes it is a legitimate tactic to try, particularly against an opponent who takes a deep position when returning, something Nadal is well-known for.

“Yeah underarm is definitely a tactic I believe,” said Federer.

“Especially when guys are hugging the fence in the back. From that standpoint (players) shouldn’t be ashamed to try it out.

“You just look silly if you miss it sometimes. But why not try it?”

Nadal’s interpretation of the events were considerably less kind, with the Spaniard raging: “He is a player who has enormous talent.