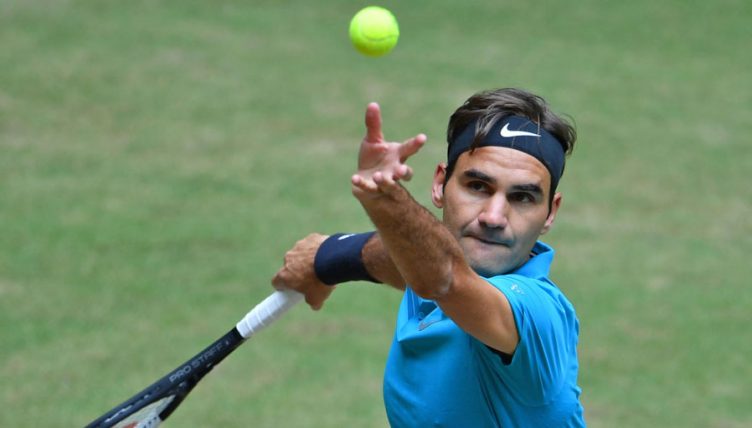 The Swiss legend, who needs to winthe tournament to retain the world number one ranking going into Wimbledon, eased to an ultimately comfortable 7-6 7-5 win, although qualifier Kudha did manage to break him early on.

He’ll play Borna Coric in Sunday’s final after he was the beneficiary of a Roberto Bautista Agut injury.

The Spanish fourth seed slipped on the grass midway through the first set and retired hurt.

Federer has never lost against Coric, and will head into the final in confident mood after winning his previous 20 matches on grass dating all the way back to June 2017.