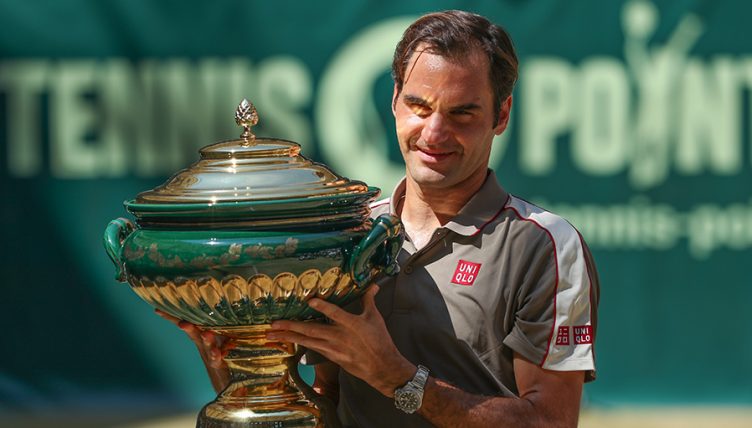 The 37-year-old secured what was his 102nd career crown on Sunday as he ramps up his Wimbledon preparation.

Federer already has eight Wimbledon titles to his name and appears in good form to add another this summer, and if he does it may owe something to his week in Halle.

“I feel young again,” he told the APT after the match.

“Obviously it feels really good. When it was all over, it was the first time I really thought of how it felt winning because I didn’t think I was visualising, imagining how it would feel to win my 10th here.

“All of a sudden I was at match point. I wasn’t even really nervous because I felt I had been playing good, I’ve been so balanced that I was just at a good place. Then, when it was all over, I was just happy.”

It is the first time Federer has won a tournament 10 times, and he believes that in time it will sink in just how special an achievement that is.

“It’s just a really good feeling to have and obviously now with a bit more reflection I think it’s a special moment in my career to win a title for the 10th time,” Federer said.

“Especially one where I’ve been coming here for so long and have had so much success, the most success of any tournament actually that I’ve played.