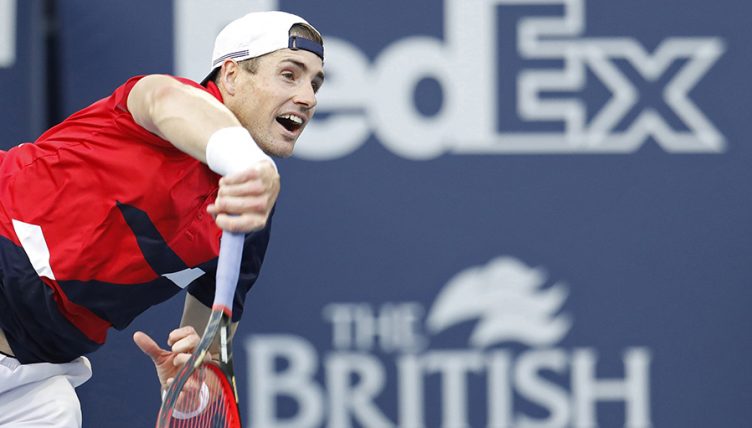 Roger Federer says he is ‘excited’ to play John Isner in the Miami Open final, but likened facing the American’s serve to a goalkeeper facing penalties in football.

Federer booked his place in the final with a dominant win over Denis Shapovalov, while Isner downed Felix Auger-Aliassime.

The pair will now meet in the final on Sunday, and Federer knows exactly what to expect from Isner.

“I know what to expect. He will not miss many serves. He’s got an amazing serve, one of the best ever in the game.”

“It’s really hard to play against him. I’m a big fan of his. I actually really enjoy watching him play.

“I love it, I honestly love big servers. To watch them, [wondering] if they are going to ace every second of third point.

“For me that’s exciting because it’s like penalty shootouts in soccer. I’ll be the goalie on Sunday and try to get as many balls back as possible.”