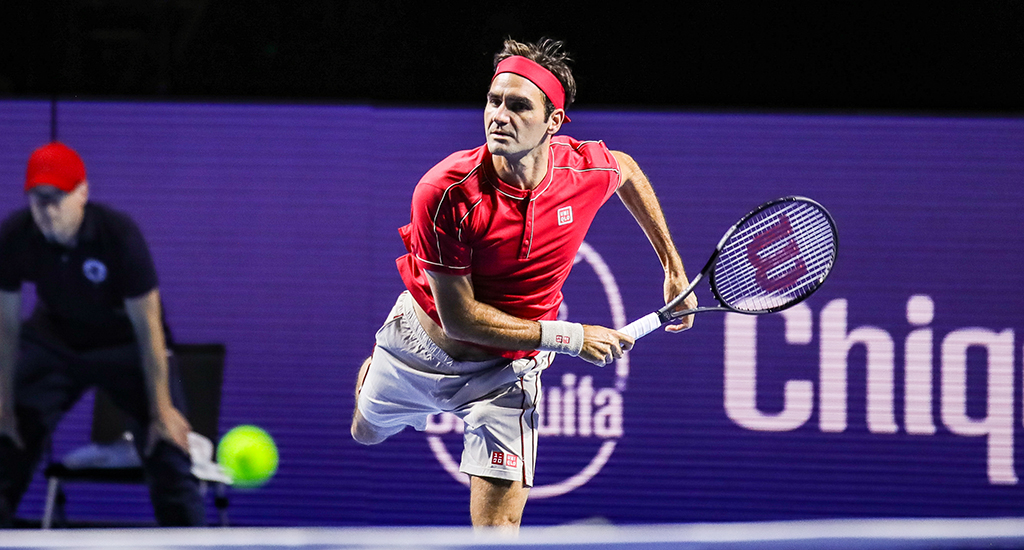 Home favourite Roger Federer made short work of Germany’s Peter Gojowczyk as he sailed into the second round at the Swiss Indoors Basel.

Number one seed Federer lost only three games on his way to a 6-2 6-1 win and will now meet either Radu Albot or Dusan Lajovic.

Federer’s compatriot Henri Laaksonen made the most of his wild card, dumping out eighth seed Benoit Paire 6-3 7-5.

Germany’s Jan-Lennard Struff beat Miomir Kecmanovic 6-4 6-2, while there was a 6-1 7-5 success for Alex de Minaur against qualifier Hugo Dellien.

At the Erste Bank Open in Vienna, second seed Karen Khachanov eased his way into the second round with a straight-sets victory over Hubert Hurkacz.