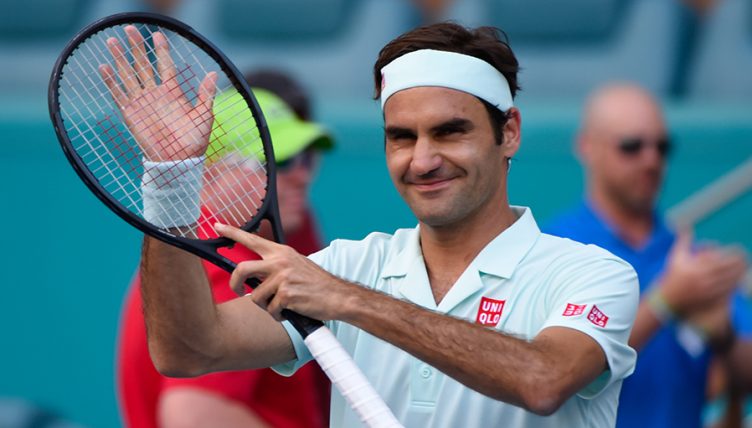 Roger Federer continued his strong showing at the Miami Open by breezing past Daniil Medvedev to book a quarter-final berth.

The 37-year-old was originally supposed to play on Tuesday, but rain saw it put back 24 hours.

However, it did little to disrupt Federer’s rhythm, with the Swiss star needing just 61 minutes to seal a 6-4, 6-2 win.

“I’m feeling really good,” Federer said. “Today’s match, I can be really happy with so I hope it’s going to give me some confidence for tomorrow.”

Federer will now face Kevin Anderson in the last eight, and he admits his defeat to the South African at Wimbledon last year still bothers him.

“If you beat me at Wimbledon, you’ve got my attention,” Federer said.

“I think it’s going to be a bit tricky. He’s got a great serve, so you go back to big-serve mentality to try to hold your own service games first before thinking about how to break Kevin.”