Roger Federer names four NextGen stars to watch, none of which are Alexander Zverev 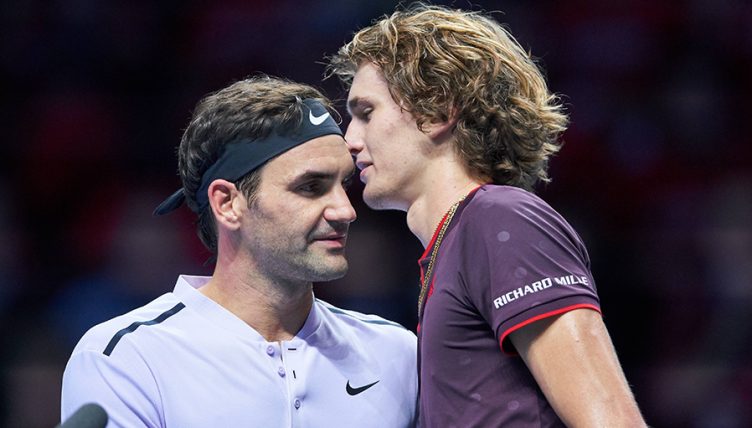 Roger Federer has named four NextGen stars he believes have big talent, but none of them are Alexander Zverev.

The game has stated to see a rise of young players of late, led by world number three Zverev, who won the ATP Finals in November.

However, Federer’s omission of Zverev is ,ore likely to be reflective of his belief the German is already a top player rather than any kind of a slight.

“I must say I cannot count anybody out,” Federer told the Tennis Channel at the Miami Open, where he is due to play Daniil Medvedev on Tuesday.

“It’s a great group. I really enjoy watching them and playing against them.

“Of course [Stefanos] Tsitsipas has impressed me by beating me at the Australian Open.

“I thought he played really tremendous tennis over the four sets, he brought it every single point and that was impressive.

“Seeing Felix Auger Aliassime doing it the last couple of weeks has been unbelievable.

“He came to Dubai to train with me in the off-season. I know him quite well and to see him take the next step is phenomenal.

“Daniil Medvedev now, who I play in the next round, I played him twice last year in a tough match in Shanghai and one where he was very tired in Basel, that one I don’t count.

“Honestly he was very tired, he finished super late and everything and he’d played a lot of tennis.

“Then I like the game of [Denis] Shapovalov. He’s a great shot maker, he can take the racket out of anybody’s hands.

“I think he’s a great player. Then there’s all the other guys who also have something very special. I like the NextGen.”