Roger Federer is the best for a very simple reason, reveals Novak Djokovic 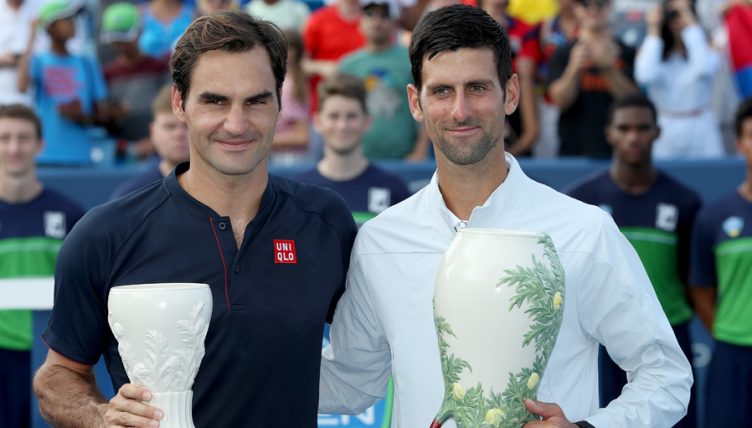 Novak Djokovic says Roger Federer’s ability to deal with pressure is the key to the Swiss’ success in the tennis.

The pair recently met in the final of the Cincinnati open, with the Serb coming out on top, but he has revealed how much he learns from the 20-time Grand-Slam winner, especially in terms of how he copes with the mental challenges the sport presents.

“Breathing is the most important thing that we all do and you have to master it to know how to cope with pressure and situations that are very stressful.

“Even a guy like [Roger] Federer, who seems like nothing bothers him, I’m sure that he deals with a lot of emotions inside. But he has mastered the control over those emotions in his mind and that’s why he’s been so successful.

Top 10: Things that have happened since Roger Federer last won the US Open! (Hint: it’s a long time…)https://t.co/B1LpsoiMHR

“All the biggest athletes in the history of sports have that in common — Michael Jordan — this ability to be in the zone where you need to be when it is most important.

“That is due to the understanding of who you are and the importance of dedication to every aspect and every detail so you can maximise your potential.’

In addition to Federer’s mental mastery, Djokovic has also expressed his admiration for the 37-year-old’s longevity.

“Federer has always had a great way of dealing with the schedule,”he said. “I think in terms of scheduling, I’ve learned a lot from him, in terms of how to pick certain tournaments and peak at the right time so you can perform your best when it’s most needed, the most important events.”