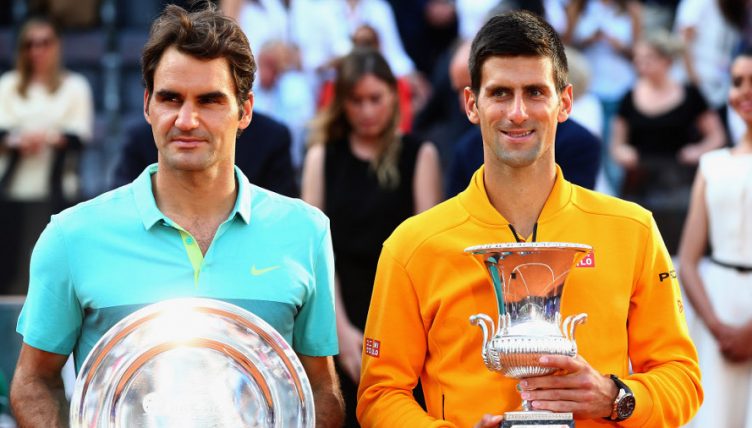 Richard Krajicek believes Roger Federer still has Grand Slam titles in him – as long as Novak Djokovic lets him wins them.

Djokovic underlined his return to his best with a dominant win at Wimbledon, where he claimed his fourth All-England crown and 13th Grand Slam title overall.

It followed a miserable two years for the Serbian as he battled elbow injury which eventual.

Federer, meanwhile, continued to win titles and has added another Grand Slam, the Australian Open, to his collection this year, taking his total to 20.

Despite that, questions have been raised about his longevity at 36-years-old. Former Wimbledon champion Krajicek says that age isn’t his greatest foe, and neither is Rafael Nadal -Djokovic is.

Soon at we will see champ @DjokerNole on court again. 💪💪💪 @rogerscup is starting in 8 days 😊 #NoleFam pic.twitter.com/uArEnkwzB5

“I think he still can win maybe one or two slams,” Krajicek said of Federer, “but again it depends on Novak.

“For a while, Roger was playing really good tennis and Novak was there beating him two years in a row on the grass, I mean the level of Novak can be scary, a level of tennis I’ve never seen before.

“Guys who’ve played Novak and Roger say with Roger you always had a feeling you sort of had a chance, with Novak every return is close to the baseline, he runs everything down, he’s incredible.

“With Roger the thing, you’ve seen it a couple of times now, he has these physical lapses.

“At the end of last year at the World Tour Finals and he had it a couple weeks ago in Halle, and now against Anderson, he missed match point and somehow doesn’t close the match, so it was disappointing.

“I still think he has it in him, but the key factor is Djokovic.”