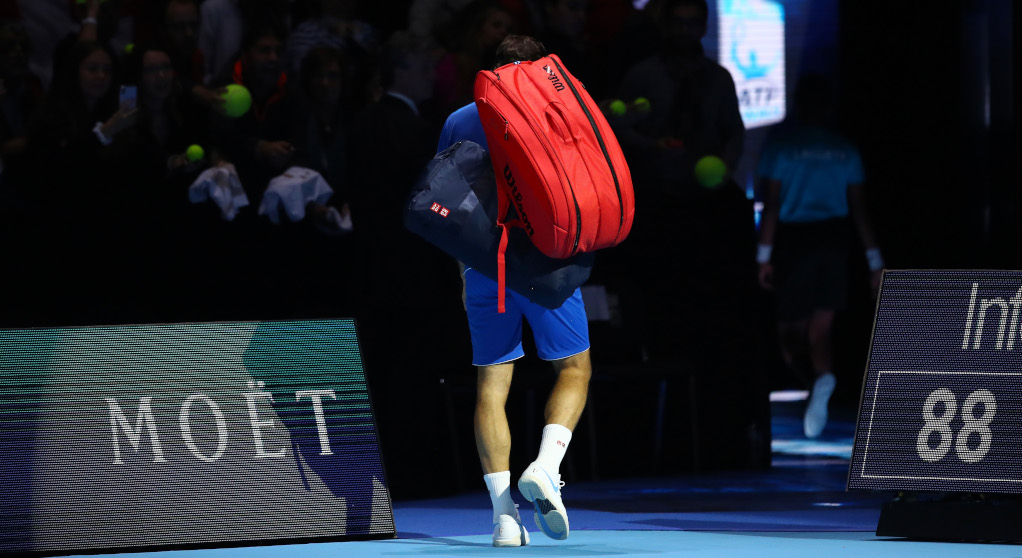 It was a night to forget for Roger Federer at his 2018 ATP Finals opener as he lost to Kei Nishikori and was handed a code violation.

The 20-time Grand Slam winner suffered a 7-6 (7-4), 6-3 defeat, his first-ever straight-sets loss in round-robin stage at the season-ending tournament.

He was also given a rare code violation for racket abuse by chair umpire Damian Steiner at the end of the first set after he smashed the ball into the crowd.

Federer then had an exchange with the Argentine official and could be heard saying: “I’m not talking to you anymore” adding “we don’t understand each other today.”

The 37-year-old was asked about the incident after the match and explained: “I asked him what was his argument – why the warning? Nothing more than that.

“He thought I was angry. I wasn’t. Now I’m angry because I lost, but… He knows me very well apparently, or he thought so.”