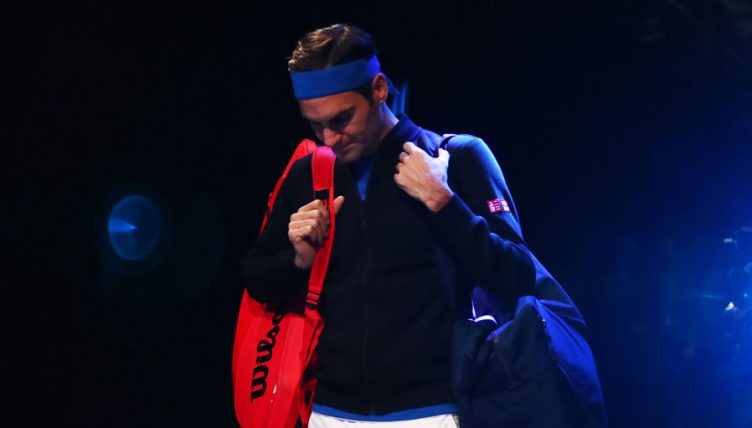 Roger Federer leapt to the defence of his opponent Alexander Zverev after controversy erupted at the end of their compelling ATP finals clash at the 02 Arena in London.

Zverev piled the pressure on himself with his bold move to halt a point mid-way through the second set tie-break of a gripping semi-final, as he asked for a point to be replayed after a ball kid dropped a ball at the back of the court.

The umpire made the right call to replay the point as Zverev closed in on victory that was sealed moments later as he wrapped up a 7-5 7-6 win, yet the jeers and boos from the crowd during the tie-break and as Sky Sports presenter Annabel Croft tried to interview the victor on court clearly upset Zverev, as he tried to take the sting out of the incident with these comments.

“I apologised to Roger at the net already, he said it is OK and it is in the rules,” the world number five said. “I’m sorry this happened. I didn’t mean to upset anybody.”

Federer had no qualms about the controversy, as he insisted Zverev was within his rights to halt the game.

“I just asked the umpire what had happened and when I was told the ball kid dropped a ball, then fine we replay the point,” said the 20-time Grand Slam champion. “It’s just unfortunate circumstances. These things happen.

“Booing, I never like it. We see it in other sports all the time, but in tennis it’s rare. So when it happens, it gets very personal and we take it very direct.

“I think it’s unfortunate that this happened. Sascha doesn’t deserve it. He apologised to me at the net. I was like, Buddy, shut up. You don’t need to apologise to me here. Congratulations on a great match and a great tournament so far. All the best for the finals. And you move on.

“He shouldn’t be apologising. He didn’t do anything about it. He just called it how it was. He felt it affected play. There is a rule that if something like this happens, obviously you replay points.

“Should the umpire have explained his case more in that very moment? I mean, rules are rules. Replay the point. Everybody deal with it. You know, I did. We move on, but, yeah, you don’t like to see it. But, look, it happens.

“I’m sure he won’t be booed coming out for the finals, or at least I hope so. It’s not his mistake. I think people will be happy to see a good finals tomorrow.”