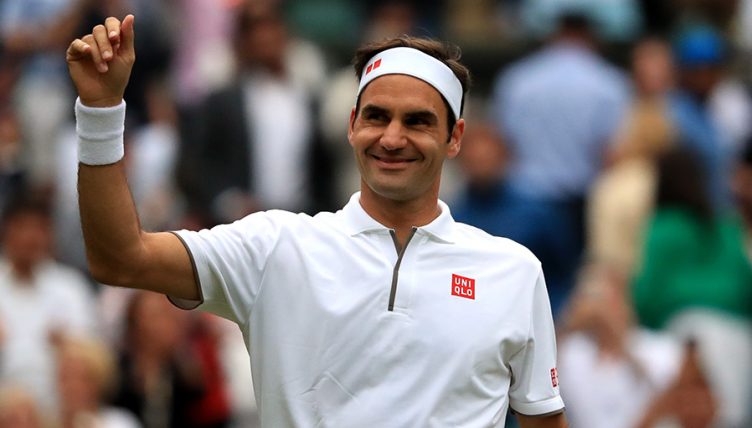 Retirement may have crossed his mind in recent months, but Roger Federer is not ready to bite the bullet just yet as he has confirmed he is hopeful of competing at next year’s Tokyo Olympics and Wimbledon.

The 20-time Grand Slam winner underwent knee surgery in mid-February with the aim of returning to competitive action ahead of Wimbledon and the 2020 Tokyo Games.

However, both those tournaments were cancelled due to the coronavirus pandemic while Federer also suffered a setback as he was forced to undergo a second procedure on his right knee.

Although tennis is set to resume in August, Federer has been forced to call time on his 2020 season.

The former world No 1 has admitted that he has been pondering retirement following his knockbacks, but says he is determined to come back stronger next year.

“My goal is to play Tokyo 2021. It’s a wonderful city. I met my wife in my first Olympics in 2000. It’s a special event for me,” he said during the launch of his sneaker with On called ‘The Roger’.”

After taking calls from fans online, he added: “I had two surgeries and I can’t hit at the moment, but I’m very confident I will be totally ready for 2021.”

Federer was also asked about Wimbledon next year and says he hopes to return to the All England Club in 2021.

“Of course I miss Wimbledon, of course I would like to be there currently playing on center court for a place in the second week,” he said.

The Swiss continued: “Clearly, one of my big goals, and that’s why I do recovery work every day and work so hard, and why I’m preparing for a 20-week physical preparation block this year, is because I hope to play at Wimbledon next year.”