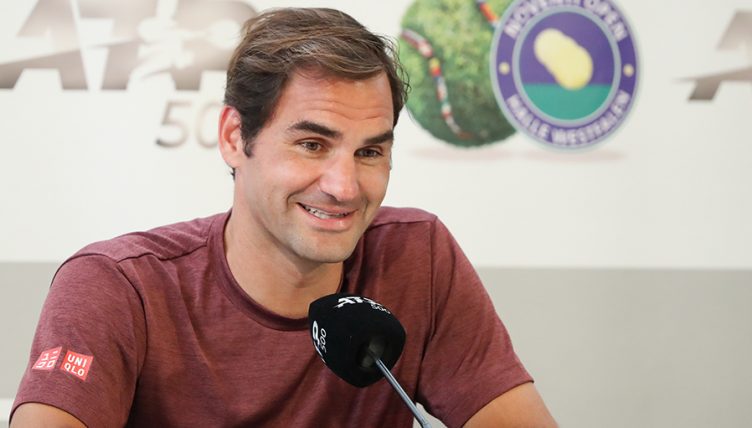 Roger Federer has revealed more details about his schedule for 2020 – and it appears to put to bed any suggestion that he may retire at Wimbledon.

Federer had previously only been willing to commit as far as saying he definitely plans to play on until next year’s Wimbledon, where he will bid for a ninth title.

However, he was guarded on anything beyond that, prompting many to speculate that the 38-year-old may finally be getting ready to bow out.

That speculation appears to be premature, though, with Federer releasing plans that essentially take him all the way to the end of next season at least.

“Other players are planning three months ahead,” Federer told reporters in Geneva, where he is taking part in the Laver Cup.

“I‘m doing it for nine months till Wimbledon so far, then probably Tokyo, followed by US Open and Laver Cup.

When pushed on committing to beyond that, he appeared to gave a clear indicator that nothing yet had been decided regarding retirement.

“I could basically already talk about season 2022 since I don‘t know when it‘s over, so it‘s basically endless.”

Federer also says that a decision has been made already about whether or not he will take part in the clay season again in 2020, but he was not willing to reveal it yet.