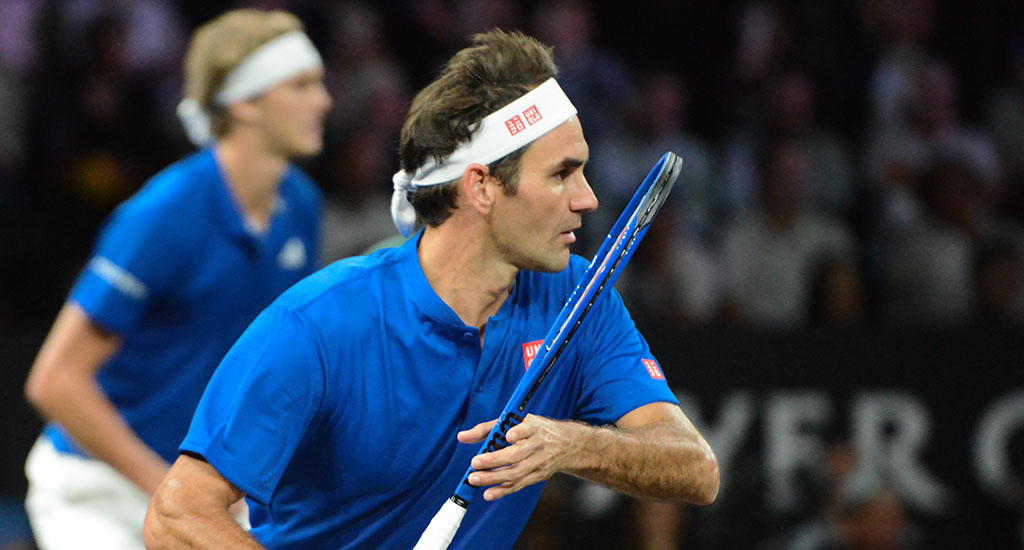 Roger Federer says that playing a Laver Cup in his homeland of Switzerland was ‘a dream come true’ after he starred in Geneva.

Federer, one of the minds behind the creation of the tournament, was a crucial part of Team Europe as they racked up their their successive win over Team World.

The crowd were noticeably more engaged when Federer was on court, and the 38-year-old was keen to return the love.

“It’s a big moment,” Federer said, “what a weekend it’s been.

“The idea of the concept was trying to bring tennis to the people, make it fun, make it a weekend maybe which is unforgettable and just something very special. I felt it was.

“I can’t thank the city of Geneva enough and all the players who fought their hearts out, it’s been absolutely incredible.

“This concludes a dream weekend for me to be playing in Switzerland so I can just tell you thank you for all the noise you’ve made, I’ve loved every moment.”

John McEnroe, the Team World captain, was also in good spirits, despite seeing his team lose for the third successive year.

“I’m getting very sick and tired of you, I’ve gotta say,” he joked towards Team Europe after the final match.