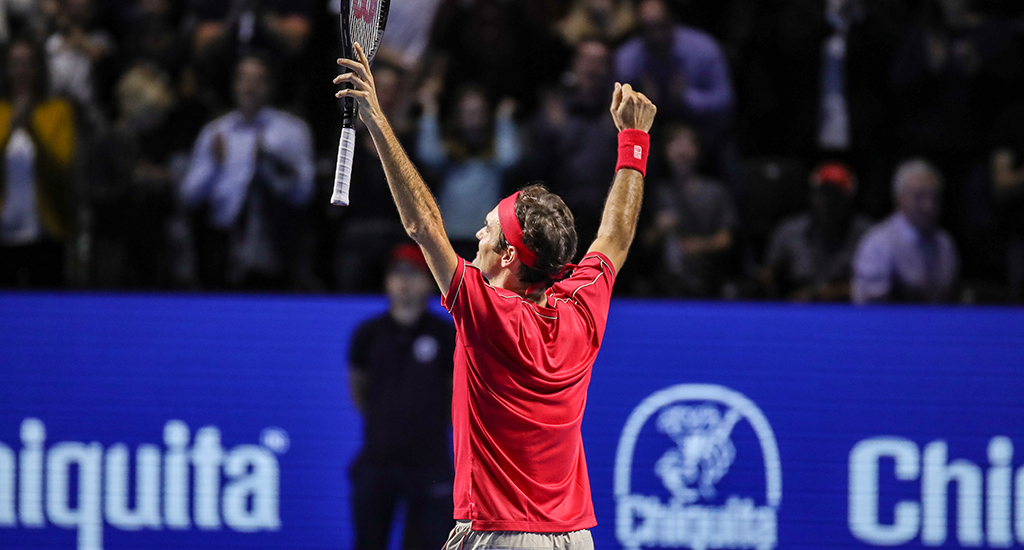 Roger Federer says that Jimmy Connors all-time record of 109 ATP Tour wins will not be a factor in his decision when the time eventually comes to retire.

Federer claimed title number 103 last week in Basel, leaving him enticingly close to toppling Connors at the top of the all-time standings.

However, Federer has naturally found wins harder to come by as he has got older, and the 38-year-old says he has other priorities at this stage of his life.

“Whether I’m at 98 or at 103, that is still about the same distance away from the feeling,” Federer told the Swiss press.

“I’m not putting a plan on how to chase the most titles in the near future.

“Priority is the health and the family. Everything is subordinated to this.

“Not the rankings or the titles. Of course I would be happy if I could equal such a significant record. It’s nice, I took a step closer.

“But I will not stay on the tour any longer because of that.”

Federer’s children were present to watch him win what was his tenth Swiss Indoor’s Championships amid a flurry of confetti and partisan home celebration, but he insists there were pretty unimpressed.

“Of course they are happy when I am happy. But if I lose or win, I’m the same daddy at home.”