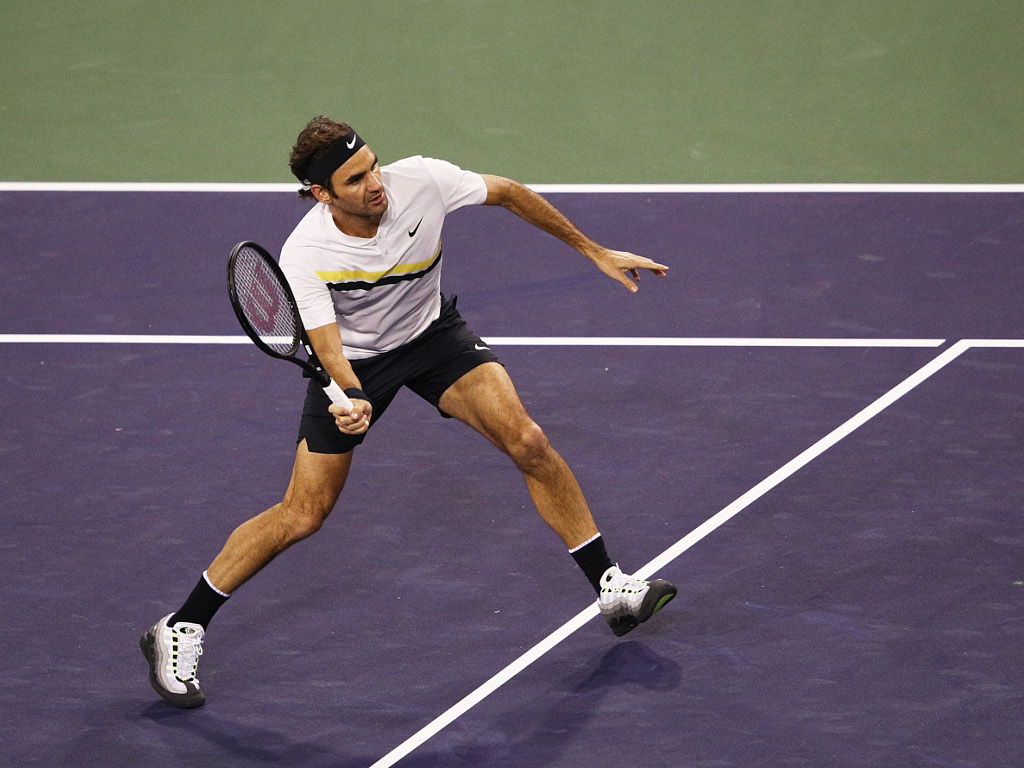 Defending champion Federer was looking good in his second-round clash against Argentine Federico Delbonis as he broke in the fourth game of the match and went on to take the set 6-3.

It was 2-2 in the second set when play was interrupted by rain and the action was eventually cancelled with the rest of the evening’s matches rescheduled for Sunday.

The winner of the match will face Filip Krajinovic in the third round after the 25th seed beat American qualifier Mitchell Krueger 6-2, 6-2.

Two-time Grand Slam winner Angelique Kerber was also out on the court when it started to rain, but the 10th seed will be up against it when her match against Ekaterina Makarova resumes on Monday.

The German lost the opening set 6-3 and play was suspended in the first game of the second set.

Meanwhile, reigning US Open champion Stephens and the returning Azarenka didn’t even make it onto the court.

Azarenka is playing in her first tournament in eight months due to a protracted custody battle while Stephens has won only a couple of matches since she claimed her first Grand Slam at Flushing Meadows last year.