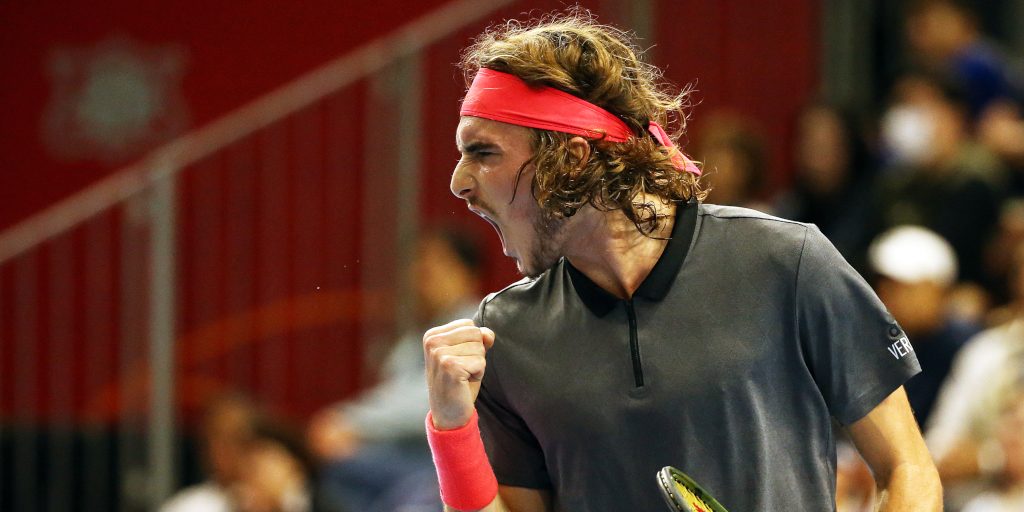 Stefanos Tsitsipas will train with his idol Roger Federer this off-season after admitting his goal is to emulate the 37-year-old and win Wimbledon.

The Greek star has had a sensational 2019 season and his father has revealed what his son hopes to achieve next.

“The goal was to crack top 50, it was much better as he cracked top 15,” said Apostolos Tsitsipas.

“In the next two weeks we will set new goals, but the main one is to be at the top as long as possible because it’s important to play at a high level.

“The goal is to win Grand Slams, because winning a Major is every player’s dream.

“The main goal is to win Wimbledon. That tournament suits him perfectly. He can do it.”

Tsitsipas will train with Roger Federer in Dubai during the close-season, and his father has explained why that is so special to his son.

“Players need inspiration,” he said. “They receive it from parents, coaches and the whole environment, but mainly from other players.

“Stefanos was inspired by Roger. He is a great tennis player and a great person.

“If we look at out lives, we got inspired by someone, who had an important role in our life.

“It would be really nice if Stefanos became a role model for young guys.”