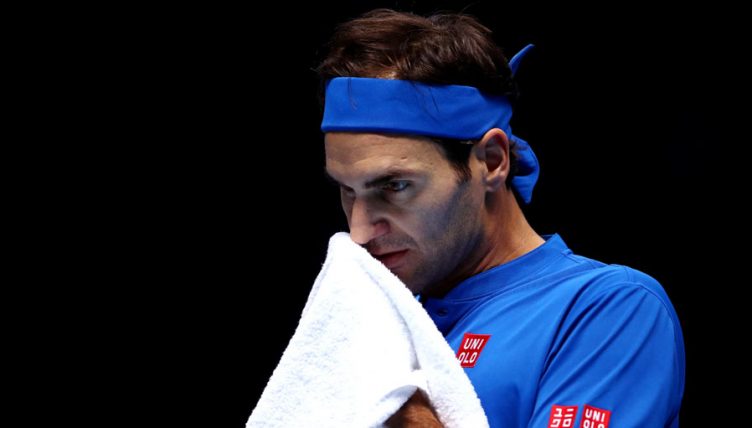 Roger Federer says he will not allow his pursuit of his 100th career title to crank up the pressure, insisting finding a way past Novak Djokovic is his main worry.

The 37-year-old is currently on 99, and is aiming to become just the second man behind Jimmy Connors to pass the three-figures marker.

He lost hos first round-robin match at the ATP Finals to Kei Nishikori, prompting suggestions the presence of the personal milestone had become a distraction.

However, after roaring back into contention in the competition and qualifying for the semi-finals, Federer insists he is not thinking about numbers, especially with Djokovic likely to stand between him and achieving the feat in London this weekend.

“I’m happy that this is another week like this,” said Federer, who is looking to claim a record seventh ATP Finals title.

“It didn’t look like it, but I was able to come back and play good tennis.

“Personally I’m still not thinking of the number 100.

“I won’t let it make me go crazy because it should be something I’m excited about and not something I should feel extra pressure.

“As long as I think Novak is in the draw anyhow, he’s playing so good again, it’s never going to be easy.”