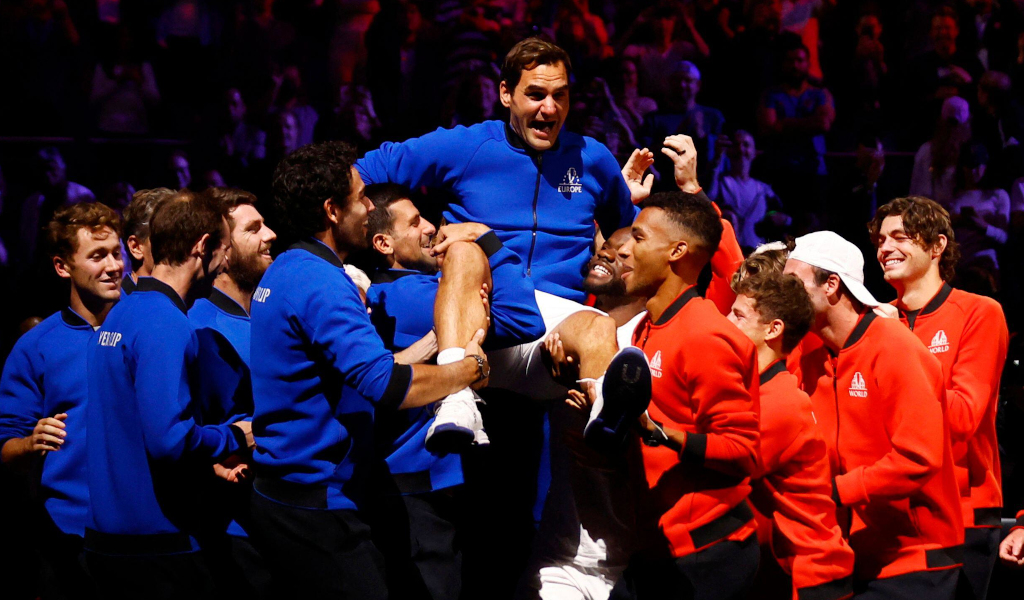 Organisers of the Swiss Indoors in Basel have shelved plans to hold a farewell ceremony for Roger Federer following his retirement as the tennis great “needs more time” to recover after his first goodbye party in London.

The 10-time Swiss Indoors champion initially signed up for this year’s tournament in his home town of Basel, but he then announced his retirement in September due to his long-standing knee injury as he confirmed that the Laver Cup at the O2 Arena would be his last professional tournament.

Naturally there was a lot of fanfare before, during and after the London event and Basel organisers were hoping to give him a similar sendoff at the ATP 500 event in late October even though he won’t be playing.

However, the 20-time Grand Slam winner believes it will be “too soon” after the Laver Cup celebrations.

“I thank the Swiss Indoors for their willingness to have me in Basel this year but I have been trying to absorb everything that took place recently and celebrating at home in Basel will have a very special meaning and comes to soon after London,” he said.

“I have so many incredible memories from playing so many years at home and my wish is that the tournament continues to be one of the top stops on the ATP Tour.”

He added: “I have so many incredible memories of playing at home for so many years, and I want the tournament to continue to be one of the top stops on the ATP Tour.”

Tournament director Roger Brennwald is hopeful that they will be able to hold a farewell ceremony for one of Switzerland’s favourite sons in the future.

“Federer is one of the greatest tennis player of all time and to honor him during our event is a very special occasion in a very appropriate setting,” he told the tournament’s official website. “We would love to celebrate the impact that Roger’s years of success at the tournament had, but understand that Roger needs more time after the wonderful end of his career.”

Federer has also confirmed that he will still play tennis once he has fully recovered from his knee injury, but just not in official matches and he might also take part in a farewell tour to say “thank you” to his fans.

There will still be several big names in the main draw as world No 1 Carlos Alcaraz headlines the field that also features French Open and US Open runner-up Casper Ruud, Felix Auger-Aliassime and Nick Kyrgios.

Following Federer’s retirement announcement, organisers put feelers out for 21-time Grand Slam winner Djokovic, but the Serbian did not want to be tied down early on and they decided to sign up Wimbledon runner-up Kyrgios.

The ATP 500 event will run from October 22-30 on the indoor hard courts at the St. Jakobshalle.

READ MORE: Roger Federer’s classy farewell reminds others how it should be done