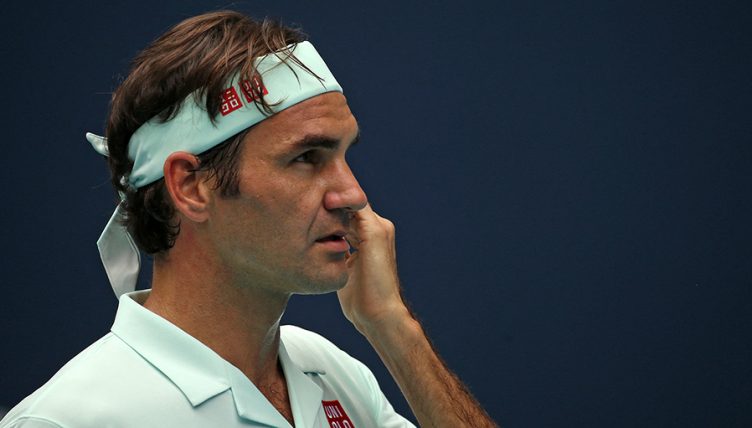 Roger Federer has offered a rebuttal to Stefanos Tsitsipas’ claims that top players get more ‘privileges’ from umpires than the rest.

Tsitsipas made the accusation to the umpire his his Miami Open Men’s Doubles final defeat to Bob and Mike Bryan, citing Federer’s name as a specific example.

Federer has responded, insisting that it’s more down to the inexperience of the umpires who officiate on the outer-courts – where younger players spend most of their time – than any perceived influence of the established stars, who tend to stay on the show-courts.

“It’s a tough one but what I do feel sometimes is that on the outside courts, more than just preferential treatment to the top guys, they are tougher on the rules,” Federer told reporters.

“You do something – bang, warning. It’s like there is no messing about.

“So because we know each other very well, I think it’s easier for an umpire to handle a top player who they know over an up-and-coming guy like Tsitsipas or a young guy and that sometimes gets lost in translation and maybe bad mistakes can happen.

“But I don’t see preferential treatment, there shouldn’t be. If I get warnings – I got one recently – it’s normal.

“So they should just, based on what happens, take those decisions and I really feel the umpires do that.

“I am sorry that Stefanos feels that way.”