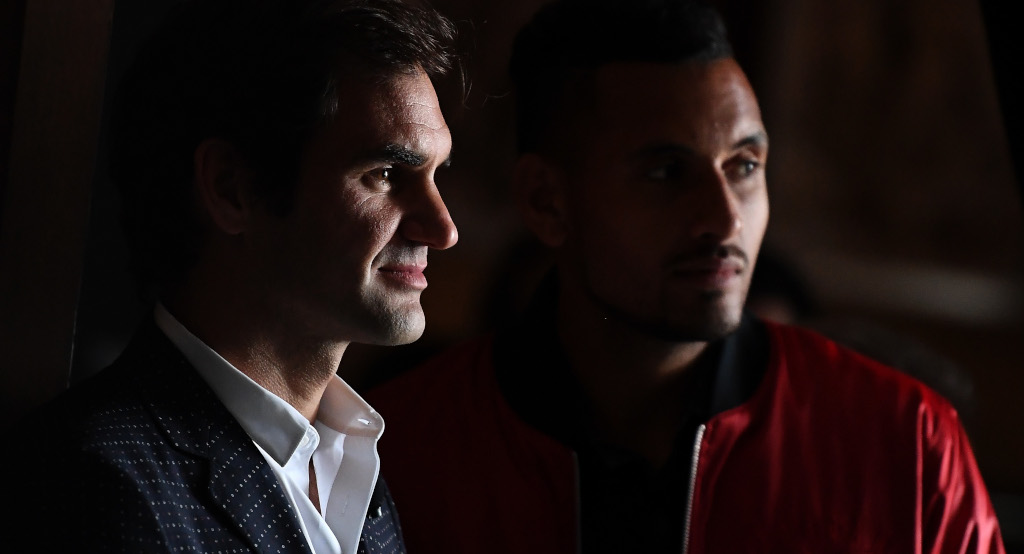 Roger Federer and Todd Woodbridge have shared their views on Nick Kyrgios following the latest controversy involving the Australian.

Kyrgios has once again made headlines for the wrong reasons as chair umpire Damien Dumusois questioned his performance during his first-round match against Bradley Klahn at the Shanghai Masters.

Dumusois told the Australian that his effort was “really borderline” and they were involved in a long exchange.

Federer was asked for his views on Kyrgios and replied: “I think it’s really up to him where he wants to go and what his potential really holds.

“We don’t really know and I don’t think he really knows exactly what his potential is.

“And only through understanding work ethic and scheduling and whatever it might be, creating the right team around himself, only then can you unlock the potential really.”

He added: “He can win bigger tournaments and do all these things.

“But there is still a process in place.

“He needs to do like any other player needs to go through in order to be successful.”

Australian doubles great Woodbridge believes Kyrgios attracts a lot of unnecessary attention from officials, which is partly his own fault.

“It’s interesting when you watch him, the umpires are watching him more closely than generally they watch the other end,” he said.

“A little bit of that has been brought on by himself – it’s fair to say he gets engaged a little too often.”

Woodbridge also believes his compatriot, who was this week replaced as the country’s No 1 player by Alex de Minaur, needs a break.

“I think with Nick when he’s fresh he plays great and it’s about managing schedules as much as anything, so that he plays no more than three weeks in row and then he gets away from it,” he said.

“That can be difficult on tour because you have commitments that the tour say you have to play certain events.

“When he’s fresh we don’t see him ‘leave the court’ so to speak where his eyes wander; when he’s playing fresh he’s got the opponents in his sights.”