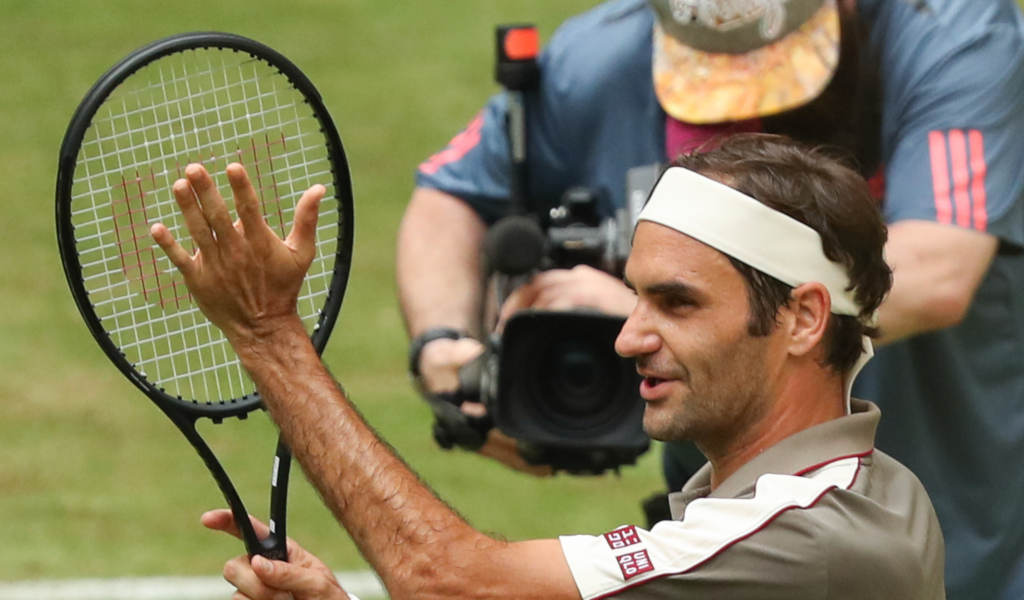 Roger Federer kicked off his grass-court season with a solid win over John Millman in the first round of the Halle Open as he exacted revenge for his US Open defeat.

Australian Millman got the better of Federer in the fourth round at Flushing Meadows last year, but there was to be no repeat of that in Germany as the Swiss won 7-6 (7-1), 6-3.

A first grass-court win of 2019 for @rogerfederer 🙌

He defeats John Millman 7-6(1) 6-3 and will face Tsonga in round two in Halle#NoventiOpen pic.twitter.com/i0Zjhea9Po

“I always think any way you get through is a good way because the next match will always feel different,” Federer, who is looking to win a 10th title in Halle, said.

He added: “I think with… John having beaten me at the US Open, I knew it was going be tough. So thankfully I wasn’t too nervous.

“I think I had a clear game plan. I knew that it was going to be more difficult for him to dominate the baseline… Conditions are faster here so I’m able to control the tempo of the match a little bit more.”

Up next is Jo-Wilfried Tsonga after the Frenchman beat his compatriot Benoit Paire 6-4, 7-5.

World No 14 Borna Coric, who beat Federer in last year’s Halle final, kicked off the defence of his title with a 7-6 (7-2), 6-3 victory over Spain’s Jaume Munar to set up a clash against Portuguese qualifier Joao Sousa.