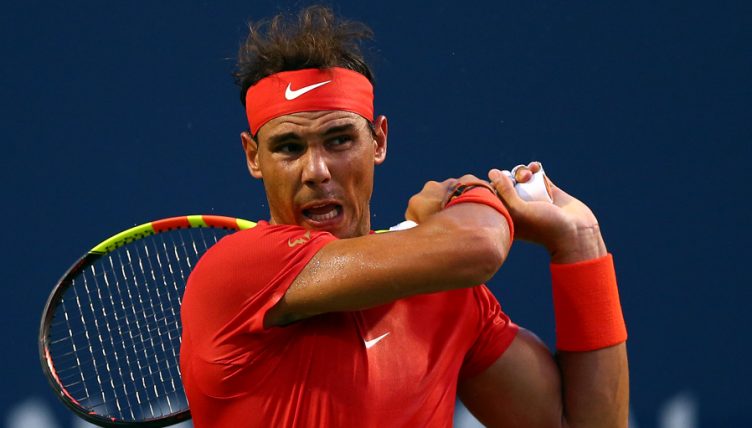 Novak Djokovic and Rafael Nadal easily powered through their Rogers Cup first round matches on Wednesday.

Djokovic, who is coming into the tournament on the back of winning his 13th Grand Slam title at Wimbledon last month, was untroubled by Canadian wild card Peter Polansky.

“I thought I served well in the moments when I really need it,” Djokovic said following the 6-3 6-4 win.

“I thought I found pretty good accuracy and angles with the first serve and also my second serve worked pretty well.

“Overall, my game was so-and-so. In the moments when I probably needed to step it up, I did.”

Nadal, meanwhile, who was playing his first ATP Tour match since losing to Djokovic in the Wimbledon semi-final, bulldozed his way past Frenchman Benoit Paire 6-2 6-3, and he will now face Stan Wawrinka in the next round.

We look at times when tennis players shed a tear or two on the court, featuring @Andy_Murray​, @RogerFederer​, @DjokerNole​ and more… https://t.co/oVLlO8CHRp

“I don’t play a singles match on hard court since Australia,” said Nadal. “So is a long time. And that’s it. You need time.

“And the victories of course helps and good to work on the practice for sure, no?

“But even if you have a good work on the practice, you need matches to get that percentage that you need.”

“I feel that of course I was not at my 100 percent today. But at the same time it’s true that it’s impossible.

“After a while, you need matches. And when I say I don’t feel myself 100 percent, I say that I didn’t play fantastic match, but I didn’t play a bad match, no?”

In other Rogers Cup news, Juan Martin del Potro has been forced to withdraw with a wrist injury.