How will sponsors react if Andrey Rublev and Daniil Medvedev win big tournaments? 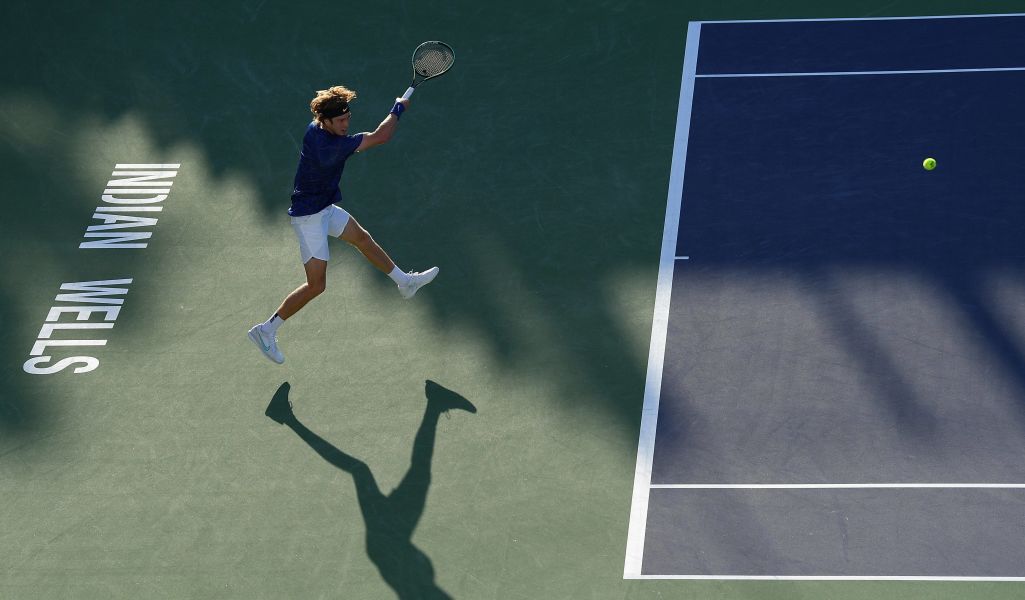 As Andrey Rublev closes in on the final stages of the BNP Paribas Open at Indian Wells, the debate over the future of Russia’s top players in tennis may well be thrown into the spotlight.

Rublev moved into the semi-finals of the event in California on Friday with a 7-5, 6-2 win over Grigor Dimitrov, as the in-form seventh seed secured a 13th consecutive win with an impressive performance.

It was a display that confirmed his class and as one of the world’s in-form players, halting him in his tracks would be cruel on the player, but there is a bigger debate to be had here.

While the decision has been made to allowed Rublev, outgoing world No 1 Daniil Medvedev and the rest of the Russian players on the ATP Tour and WTA Tour to continue playing under a neutral flag, that stance could change if the sport’s paymasters start to question their role.

With sport joining the world in condemning Russia’s leader Vladimir Putin for his brutal invasion of Ukraine and the ongoing bombardment of violence reigning down on the country, tennis has opted to take something of a cautious response for now.

There did not appear to be an appetite to ban Russian players from the game amid a political stand-off that could continue for months and years, yet what happens if sponsors of the game’s leading events express their reluctance to remain involved if Russian players are collecting the big trophies and the prize money they are offering up?

It’s a question that may be asked with more gusto if Rublev, Medvedev and the Russian tennis stars continue to shine at the top of the game despite the additional spotlight they are inevitably under.

Medvedev looked a little more stressed than normal as he fielded questions on Russia’s war in his press conferences at Indian Wells and Rublev’s semi-final meeting with American Taylor Fritz will inevitably be hyped as a Russia v US showdown.

Fritz booked his place in the last four with a 7-6, 3-6, 6-1 victory over Miomir Kecmanovic, with the American who made it through to last season’s Indian Well’s semi-finals repeating that run in impressive fashion.

What comes next will be intriguing, with sponsors of the big events in tennis unlikely to be impressed by a Russian player standing with a trophy with their branding all around him, even if he is playing under a neutral flag.

Suggestions in the UK media that Russian players may be asked to condemn Putin’s war in Ukraine to be allowed to play at Wimbledon this summer has to be a non-starter as the players could never make such public claims, even if they are against the aggression.

So an uneasy position has been taken by all sides that could be challenged by those paying the bills in tennis.

It will be fascinating to see who blinks first.