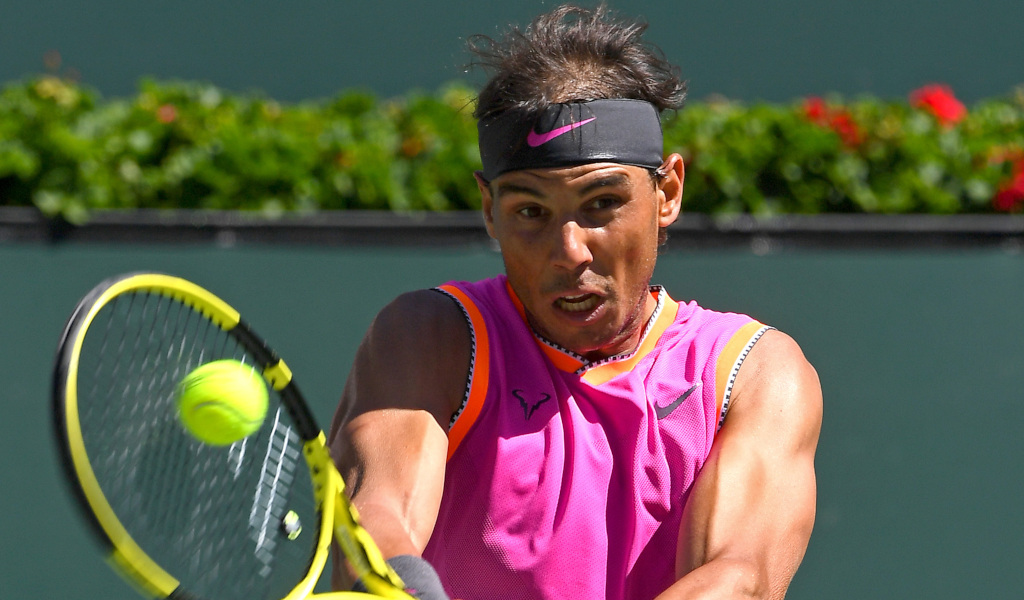 Novak Djokovic may be out, but Rafael Nadal and Roger Federer are still looking good at the BNP Parisbas Open.

Five-time champion Djokovic’s campaign was halted by Philipp Kohlschreiber in the third round, but his two rivals have safely navigated their way into the Indian Wells Masters quarter-finals.

One more win for Nadal and Federer and they will come up against each in the semi-final.

Nadal was first in action and he made light work of Filip Krajinovic, winning 6-3, 6-4 in under an hour and a half.

The Spaniard defeats Krajinovic 6-3 6-4 for match win No.53 at @BNPPARIBASOPEN#BNPPO19 pic.twitter.com/KlEFRgKUnr

“I probably played a little bit worse today than yesterday. Maybe because of the conditions, [it was] windier out there today,” the 17-time Grand Slam winner said. “But in general terms [it’s] been a positive victory again. Happy the way I played.”

Federer, meanwhile, won his first-ever clash against Kyle Edmund, coming out on top of the 6-1, 6-4 scoreline in one hour and three minutes.

The five-time champion will face Hubert Hurkacz in the quarters after the Pole upset Denis Shapovalov packing 7-6 (7-3), 2-6, 6-3.

“I hope I can get there,” the Swiss said, “but I’m not going to underestimate Hubert.”

Seventh seed Dominic Thiem ended 40-year-old Ivo Karlovic’s brilliant run as the Austrian won 6-4, 6-3 and he will face Gael Monfils for a place in the semi-final after the Frenchman demolished Djokovic’s conqueror Kohlschreiber 6-0, 6-2.