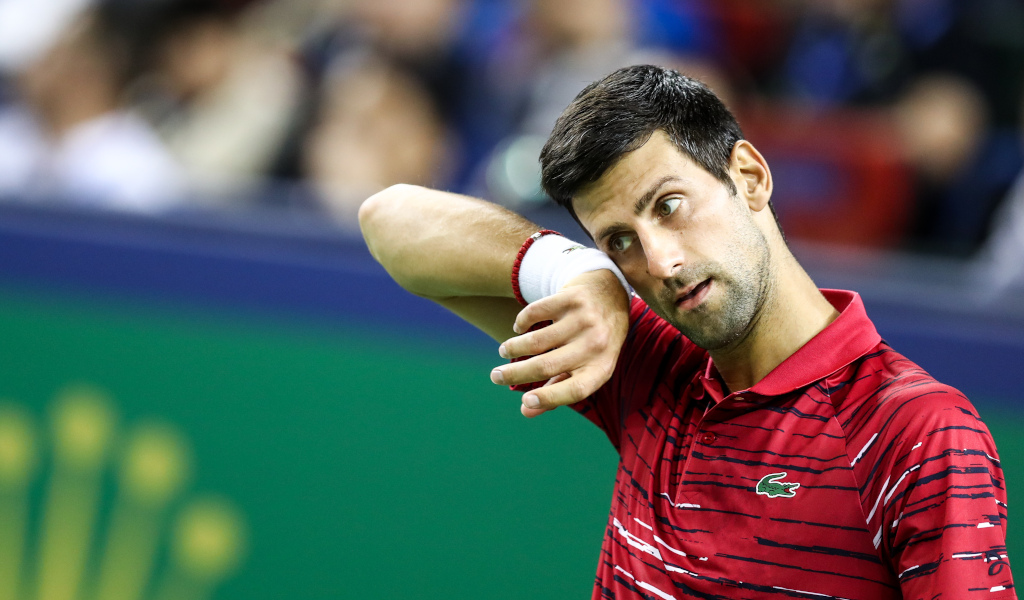 His return game was top notch and he also produced “one of his best serving matches of late” so unsurprisingly Novak Djokovic was pleased with his performance against John Isner at the Shanghai Masters.

The world No 1 won 85% of his service points and broke the big-hitting Isner’s serve once in each set to secure a comfortable 7-5, 6-3 victory in one hour and 18 minutes.

Djokovic won five consecutive games at the end of the first set and beginning of the second and Isner, who passed 1000 aces for fifth consecutive year in the match, never recovered.

Asked after the match about his tactics to deal with the big serves, the 16-time Grand Slam winner replied: “I just try to have a good position and react well and have a good balance.

“There are a lot of technical details that I won’t get into and you just pick a side. Sometimes you kind of use the experience of playing him before and knowing his patterns of where he might go, his favourite spot.

“But sometimes it’s just reaction, blocking serve and getting it back in play.

“That’s what you have to do against one of the best servers of all time.”

As for his own service game, Djokovic was delighted.

“There is always something to work on, that is the beauty of sport and life in general, you can always improve, but I am very happy with the way I am feeling and playing on court.

“This has been one of my best serving matches of lately so I’m looking forward to the next one.”

He will take on either sixth seed Stefanos Tsitsipas or Hubert Hurkacz from Poland for a place in the semi-final.

Up next for the third-seeded Russian is Fabio Fognini after the 10th seed from Italy beat Karen Khachanov 6-3, 7-5.