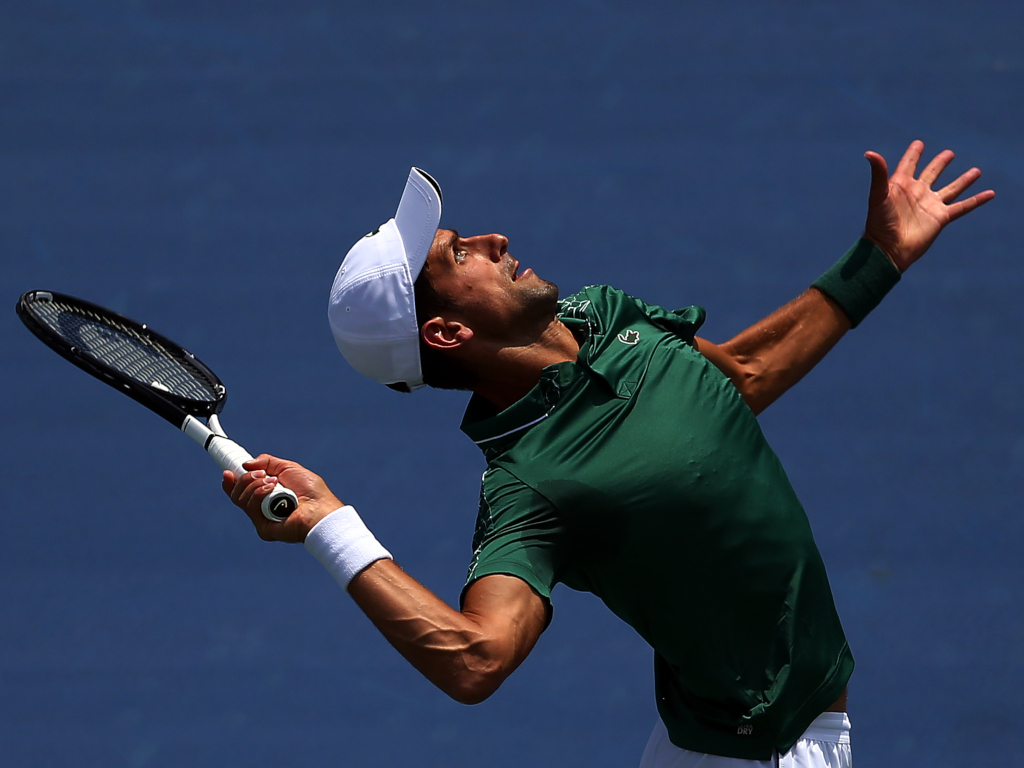 Novak Djokovic had too much in his locker for Mirza Basic in the opening round of the Rogers Cup while Stan Wawrinka dug deep to beat Nick Kyrgios.

Playing in his first match since winning Wimbledon, Djokovic secured a routine 6-3, 7-6 (7-3) victory over the lucky loser from Bosnia.

A winning start in Toronto for @DjokerNole!

The 13-time Grand Slam winner was initially due to face Hyeon Chung, but the 22-year-old Australian Open semi-finalist pulled out because of a back injury.

“I’ve never played Basic. I’ve known him, I’ve practiced with him, but I’ve never played an official match so definitely not easy to find a rhythm from the beginning of the match,” the Serb Djokovic. “There were frustrations at times but that means I care.”

Three-time Grand Slam winner Wawrinka has struggled for form since undergoing knee surgery, but he produced an impressive comeback against the more-fancied Australian in just over two hours.

Former US Open finalist Kei Nishikori is out though as he lost 7-5, 6-1 against Robin Haase.