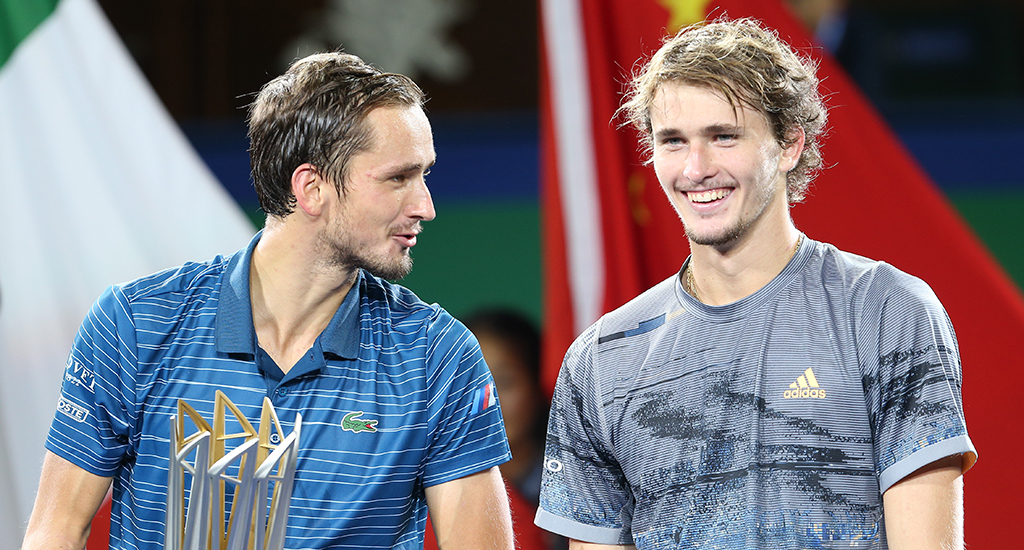 Daniil Medvedev says that ‘something clicked’ for him during the US hardcourt season as he attempted to explained his remarkable rise this year.

Medvedev won his second successive Masters-level title at Shanghai last week, which was his sixth successive final on the ATP Tour.

It has seen him move past Roger Federer in the race-to-London rankings, although Federer is still holding him off in the overall rankings, and he has been trying to explain what exactly has changed for him this year.

“I think it’s everything together,” he told reporters, “like something clicked in my game in USA. I don’t know why.

“I think it’s just the hard work that I have been doing.

“I started to understand even more about my game, even more

“I would say about my serve, about my volley, about everything, like kind of what do I have to do when.”

He is playing Moscow next week…

“That’s why many of these matches I could have lost at least three sets here but finally didn’t lose one.

“I kind of know what I have to do and where do I have to play.

“If I have to play it with spin or slice or dropshot, stuff like this.”