Specialist: Rafael Nadal will not be the only top-five player injured 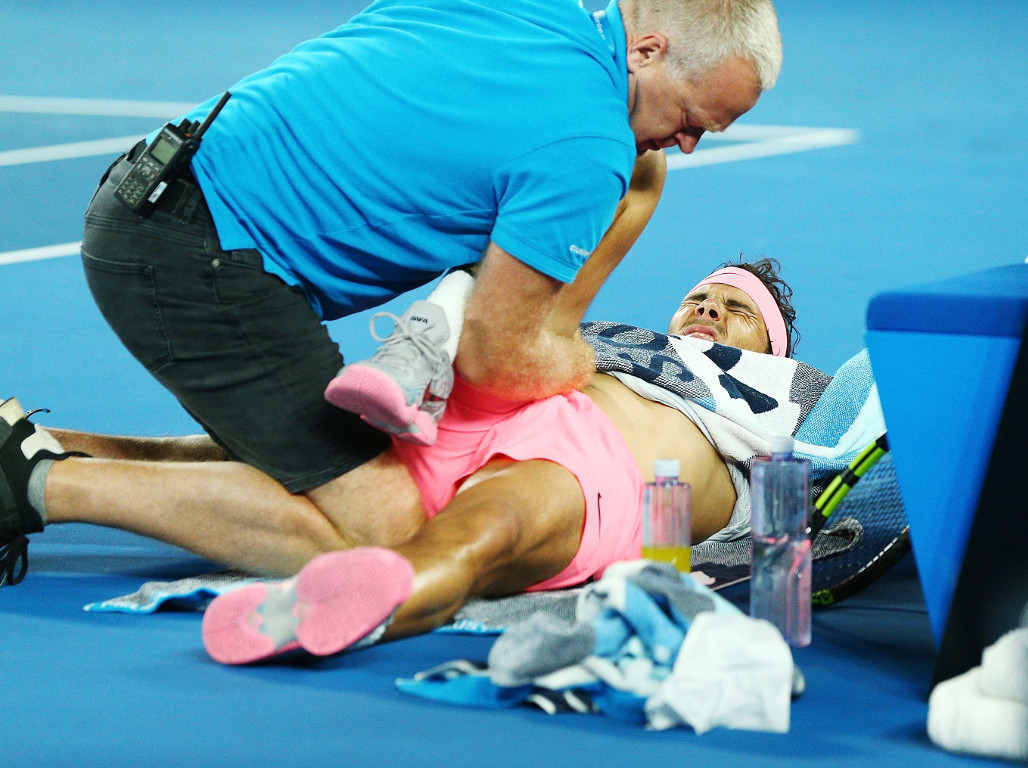 Nadal is set to miss three weeks of tennis after suffering a Grade 1 injury to the iliopsoas, or inner hip muscles, during his Australian Open semifinal match.

The world No 1 has subsequently blamed the ATP’s grueling tennis schedule, however, Dines believes there is more to it.

And so much more that he reckons the sport will see other top-five players succumb to injuries during this season.

“Nadal’s blaming the ATP scheduling as part of the explanation for his injuries may be in part correct, but it is likely an oversimplification,” Dines told Forbes.

“There are a multitude of factors increasing the strain on players’ bodies. Unfortunately, given the changes highlighted above, it is unlikely that Nadal’s injury will be the only one to a top five player this year.

“The demanding schedule is just one part of the problem facing professional tennis players today. With the changes in equipment and court surfacing and improved athleticism, the players now move quicker, hit each shot with more power and are forced to play matches that are longer and tougher.”

He added: “There is no longer a top professional player who always serves-and-volleys like Patrick Rafter, or a top player like John McEnroe, who was known for his deft hands and quick reflexes.

“All professionals at the highest level are forced to play with more power at the baseline, further lengthening the rallies, matches and strain on the body.”