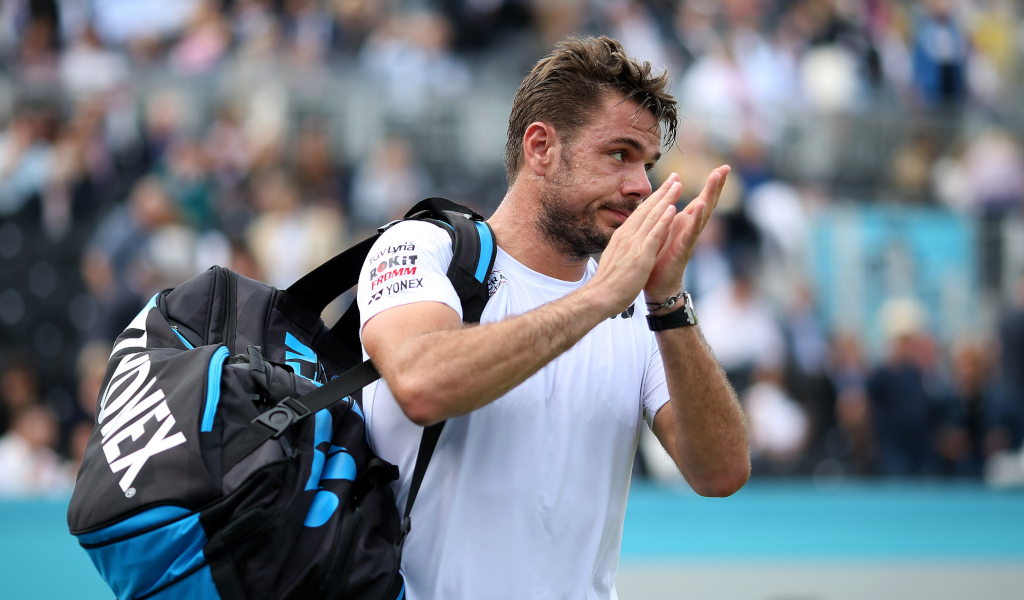 Seventh seed Stan Wawrinka had no problems seeing off Dan Evans in the first round of the Fever-Tree Championships as Milos Raonic and Feliciano Lopez also advanced.

The weather once again didn’t play along as there were long rain delays, but Wawrinka got the job done with a 6-3, 6-4 win over the British No 3.

Evans took a nasty fall during the match and his Swiss opponent was quick to jog around the net to see if he was okay.

One of the nicest guys on tour ☺️@stanwawrinka shows great sportsmanship to help an injured Dan Evans at #QueensTennis pic.twitter.com/pOdxSHFVqh

“I expected a tough match. He’s won more matches in the past two weeks than I have in my whole career on grass,” Wawrinka, who will faces Nicolas Mahut next, said.

“It’s been a tough two days with the rain, but I was happy to be back on this court with an amazing atmosphere. I’m really happy to have won today.”

Sixth seed Raonic saw off the challenge of Marco Cecchinato as the former Wimbledon finalist won 6-3, 6-2.

The Canadian will face Aljaz Bedene for a place in the quarter-final after the qualifier from Slovenia beat Alex De Minaur 3-6, 6-4, 6-4.

Something so lovely about a long grass-court rally 🌱🤗

Lopez moves straight into last eight as he has received a walkover following Juan Martin del Potro’s withdrawal due to injury.