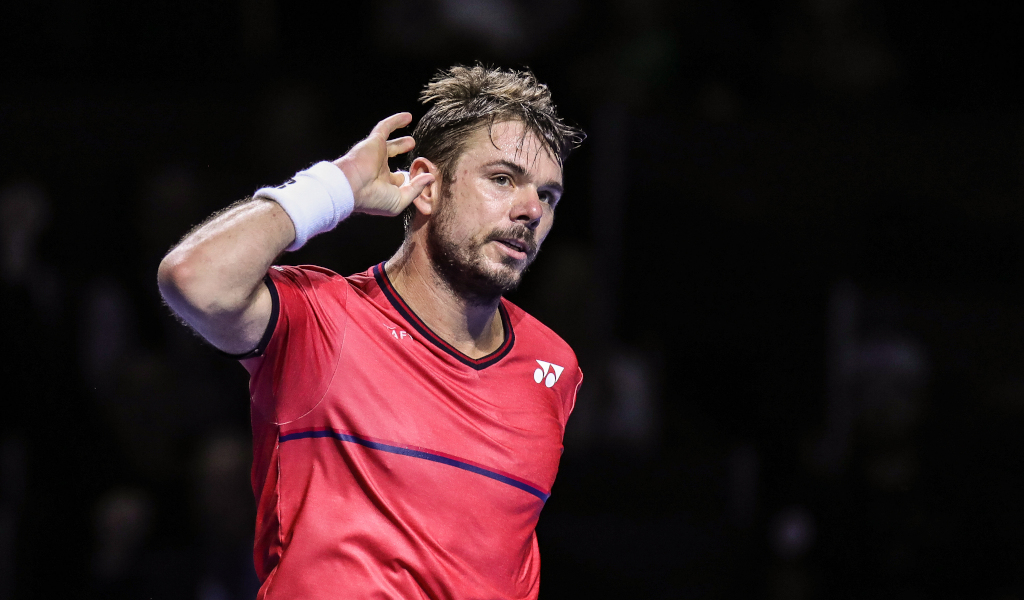 The past few years have been difficult for Stan Wawrinka, but on Tuesday he produced one of his biggest wins in recent times as he upset second seed Casper Ruud in front of home fans at the Swiss Indoors.

The three-time Grand Slam winner has struggled with injury and form and is currently ranked No 194 in the world, but that number counted for very little as he defeated two-time major finalist Ruud 6-4, 6-4.

Playing in Basel for the 15th time Wawrinka is yet to win the title in his home country, but for now match wins will have to do as he looks to climb his way back up the rankings.

His 60th win over a top 10 player came courtesy a break in game seven of the first set and game nine of the second set as he hit 28 winners against Ruud, who finished runner-up at this year’s French Open and US Open.

“It’s super special. A lot of emotion being back here in Basel with the Swiss fans,” Wawrinka said. “It’s always been amazing for me to play here [but] it’s always been difficult because I am always nervous when I enter this court. I always want to show my best. It took me a little bit of time to adapt to the court but the level was great and I’m really happy with that.

The 37-year-old, whose previous biggest win on tour was at the 2019 US Open when he defeated Novak Djokovic, added: “This is one of the main reasons why I keep on playing. I’m getting old, that’s for sure. I had to fight the last two years with the injury, surgery.

“Coming back was not easy. I was struggling really to get back in shape physically and tennis-wise. So to be able to produce that tonight here in Switzerland is of course something really special and hopefully I can keep playing well.”

He will face Brandon Nakashima for a place in the quarter-final after the American defeated David Goffin 2-6, 7-6 (7-4), 6-4 on Monday.

The winner of that clash will face either sixth seed Roberto Bautista Agut or former world No 1 Andy Murray in the last eight.

Fifth seed Pablo Carreno Busta also advanced as the Spaniard claimed a 6-4, 6-1 win over Sebastian Baez, but he won’t be joined in the second round by his compatriot Alejandro Davidovich Fokina as Miomir Kecmanovic secured a 6-7 (5-7), 6-2, 6-1 win.