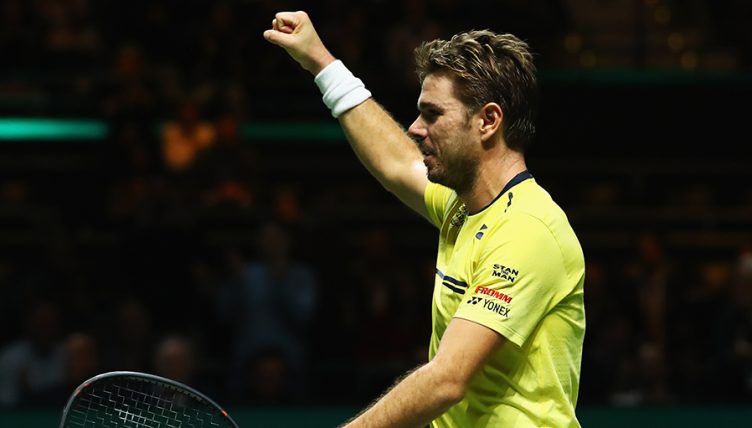 Stan Wawrinka claimed what feels like a significant win over Kei Nishikori in the semi-finals of the Rotterdam Open, with Gael Monfils now all that stands between him and a 17th career title.

Wawrinka, a three-time Grand Slam champion, has endured a wretched time since undergoing two knee surgeries in 2017, struggling to regain the kind of level that saw him compete at the very top of the game.

However, there could now be light at the end of the tunnel, with a 6-2, 4-6, 6-4 success over top-seed Nishikori only providing more encouragement.

Wawrinka will face Monfils now in the final after the Frenchman pulled off an impressive 4-6, 6-3, 6-4 win against Daniil Medvedev.

“Tactically I think I played good and physically I was tough, I was happy that I could handle it physically,” the 32-year-old Monfils said.

“My game plan was definitely to make him play a lot of balls and at the end I think it paid off.

“I was very happy because I kept the aggressive spirit at the end and I think that is why I won today.”