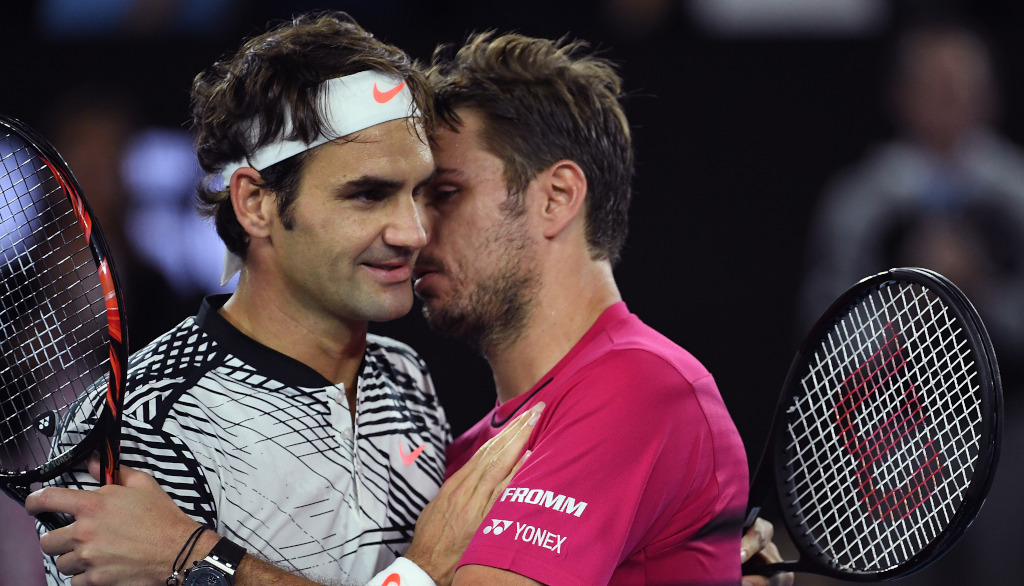 Stan Wawrinka insists he doesn’t consider himself unfortunate to be part of the same generation as Roger Federer, and says his Swiss compatriot has always been “like a brother on the circuit”.

Wawrinka turned professional in 2002 and by the time he started featuring regularly in Grand Slam main draws from 2005, Federer was already a multiple major winner and world No 1.

Federer along with Rafael Nadal and Novak Djokovic have dominated the Slams over the past two decades as they have shared 56 trophies between.

Wawrinka, though, has held his own against the Big Three as he is one of only three players to have beaten the trio at Grand Slams while he himself is a three-time major winner.

Many current players often lament the fact that they have to compete in the same generation as the Big Three, but when Wawrinka was asked during an interview by l’Illustré if he was unlucky to play in the same era as Federer, he replied: “On the contrary, he taught me a lot.

“When I got to the tour, he was already number one in the world and had won several Grand Slams. Few young players have had the chance to train with a champion of this level.

“I have always loved learning from others and I often say that I owe a lot of my Grand Slam titles to the ‘Big Three’. I am certainly the player who trained the most with them. I watched them, I watched a lot of their matches. At the start of my career, I was able to count on Rodg’s advice before facing the best. He was like a big brother on the circuit.”

‘Underestimated’ Stan Wawrinka ‘one of the best players to ever play the game’, says coach Magnus Norman

As for the most valuable advice Federer has given him over the years?

“The importance of living in the present moment. For 20 years, he has met daily with the press, fans, travel, tournaments, training. His days are ultra-full and yet he remains incredibly calm.

“Even when he has to do something that he doesn’t get a kick out of, he does it thoroughly, better than everyone else. Over the years, I try to get closer to that too.”