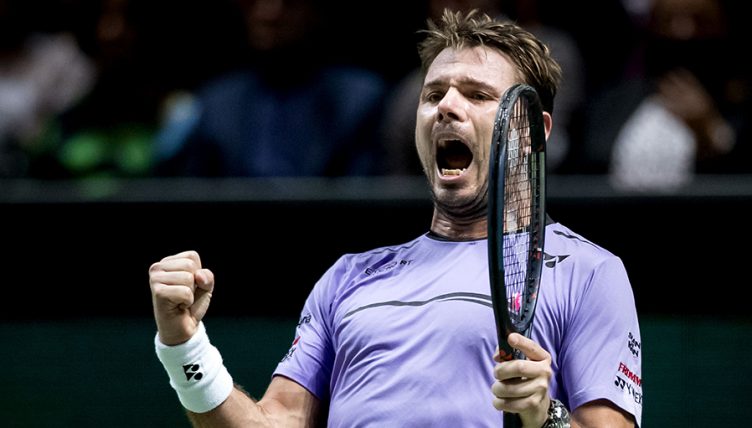 Stan Wawrinka rolled back the years to claim a highly impressive win over Denis Shapovalov in the quarter-finals of the Rotterdam Open on Friday.

The 33-year-old, who beat Shapovalov’s fellow Canadian Milos Raonic earlier in the tournament, has endured a wretched time on tour since undergoing two serious knee surgeries in 2017.

However, he was too good for tenth-seed Shapovalov, cruising to a 6-4, 7-6 (7-4) win to tantalizingly suggest he may be able to regain his best form.

“Tonight was a tough match. I had to really fight at the end.

“I was a bit nervous at the end of the match. We had some long rallies.

“It’s good to see that I can keep being there, mentally, physically.”

The other semi-final sees Daniil Medvedev and Gael Monfils go head-to-head after they produced straight-sets wins over Jo-Wilfried Tsonga and Damir Dzumhur respectively.