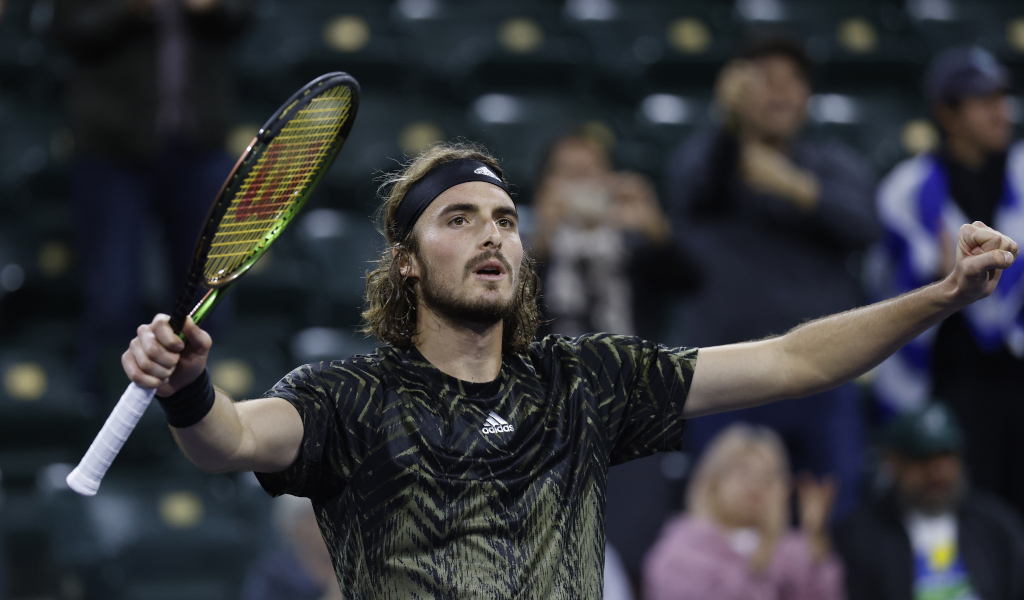 They both produced a high-level of tennis, but in the end Stefanos Tsitsipas was the player to emerge victorious over Grigor Dimitrov in the opening round of the Vienna Open.

In a tight opening set, Dimitrov had three break point opportunities while Tsitsipas had one, but it was the Greek who eventually got over the line in the tie-breaker after saving three set points.

The top seed upped his game in the second set, but again he first had to save a break point in game 10 before eking out a match point in the next game, which he duly accepted to win 7-6 (8-6), 6-4 in one hour and 42 minutes.

“Grigor is a tough competitor and the level of tennis was really high today. We both competed at our highest [level],” he said during his post-match interview.

“That was great tennis that was being played during the entire match and I got really close to my [best] offence and showed incredible attitude [in] the last game, which was the one that was the most crucial of the match.”

He added: “It’s important to aim for offensive tennis. The court speed is fast here and you have certain expectations of yourself. I came really close to those expectations.

“I was there when I had to be and when I had to show offensive tennis. I think dealing with all the nerves and all the tight moments when they show up is also very important to improve your mentality and your psychology during these kinds of matches.”

Up next is Frances Tiafoe after the American qualifier beat Dusan Lajovic 6-4, 6-4.