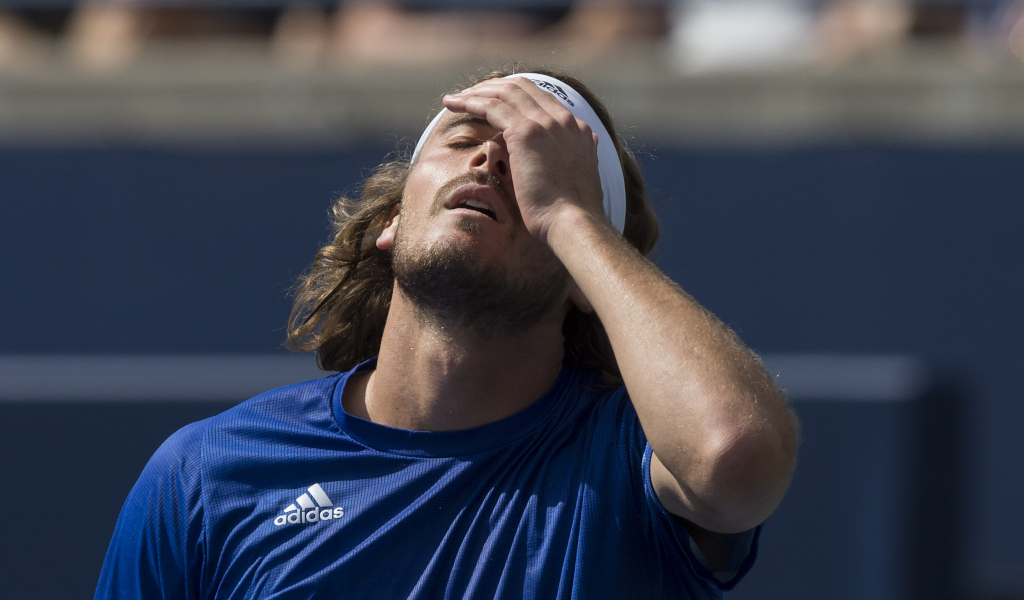 No service rhythm and missing shots in rallies were key reasons for Stefanos Tsitsipas’ demise against Reilly Opelka in the Canadian Open semi-final.

The third seed was the overwhelming favourite to reach the ATP Masters 1000 final in Toronto and it went according to script after he won the opening set via the tie-breaker.

However, Opelka took it to a decider after winning the second-set tie-breaker and the unseeded American then claimed the only break of the match in game seven of the third set before easing home to reach his maiden Masters final.

Tsitsipas’s only break point opportunity came in game six of the decider, but he believes it was his own serve that cost him dearly.

What a Saturday spent returning the Opelka serve does to you…

“He prevailed, it just didn’t go my way,” the Greek said. “But there is hope for next time, it’s all right.

“I struggled with my serve, it was obvious. When you get no rhythm it’s difficult. It silently ruins your game.

“There was nothing I was afraid of today, but I was missing shots in the rallies and missing opportunities. That’s what cost me in the end.”

Tsitsipas will be back in action this coming week as he will take part in the Cincinnati Masters. The world No 3 is seeded second and will face either American Sebastian Korda or Serbia’s Laslo Dere in the second round.