Stefanos Tsitsipas: I was not mentally in the match 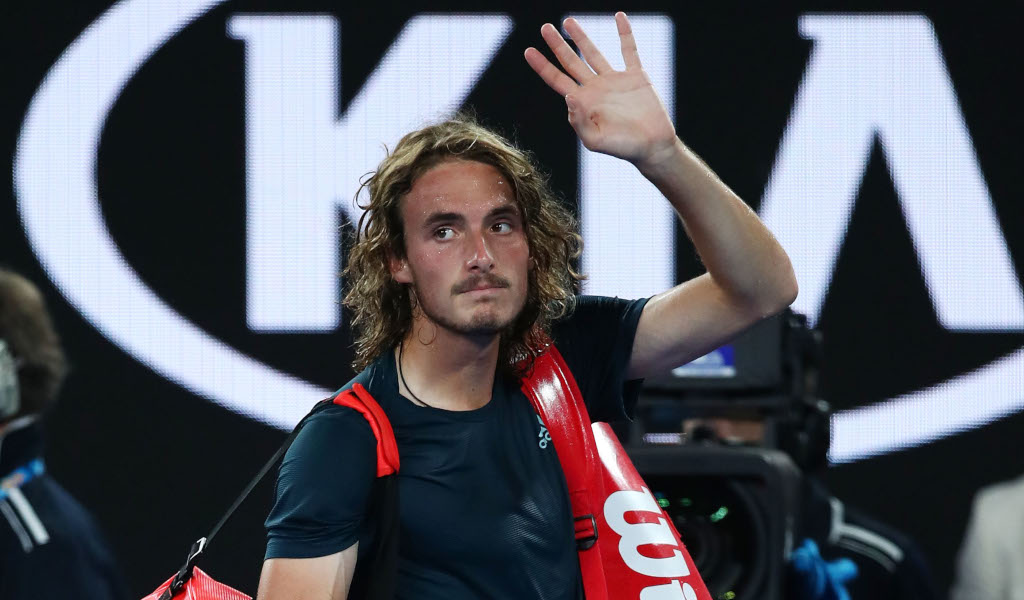 His first Australian Open semi-final proved to be a forgettable affair for Stefanos Tsitsipas as he was on the receiving end of a thrashing from Rafael Nadal.

After the highs of his stunning fourth-round victory over Roger Federer came the lows of lop-sided 6-2, 6-4 defeat to world No 2 Nadal on Thursday.

The 20-year-old admits he was nowhere to be found in the match, but also paid tribute to his “talented” Spanish opponent.

“Honestly, I have no idea what I can take from that match,” he said. “I wasn’t even close to getting something. I only got six games from that match.”

He added: “He gives you no rhythm. He plays just a different game style than the rest of the players.

“He has this, I don’t know, talent that no other player has. I’ve never seen a player have this. He makes you play bad. I don’t know. I would call that a talent.”

The Greek won the ATP Next Gen Finals at the end of the 2018 season and, after his win over Federer, many felt he was the man to take over the baton from older guard and could actually win the Australian Open.

However, he admits he didn’t really show up mentally for the semi-final clash against Nadal.

“I would say I was mentally not in the match so much. I felt kind of empty in my brain, which is strange, because I never feel like this when I’m in the match.

“I really wanted badly to wake up. I felt like my reaction time was very slow. I’m trying to understand what was going wrong today.”

“I mean, it’s not that I don’t want it. I really want it badly. But I’ve got to want it a bit more than I want it at the moment.

“I had good matches. But I’m really disappointed today because, again, I feel like I could get closure and prove myself a little bit more, not let him dominate the entire match. Just felt wrong.”