Stefanos Tsitsipas under injury cloud ahead of ATP Finals after unwanted first in Paris: ‘It’s not easy to just stop’ 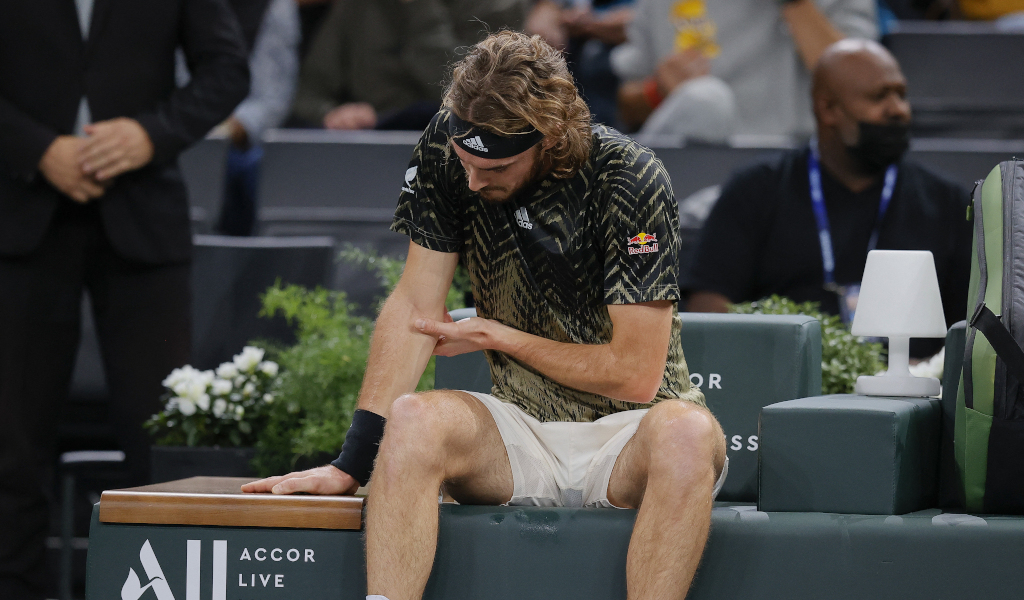 Stefanos Tsitsipas’ preparations for the ATP Finals have received a setback after he was forced to retire from his second-round clash at the Paris Masters.

It was an unwanted first for the Greek as he threw in the towel midway through a match for the first time in his career with Alexei Popyrin advancing.

Australian Popyrin was leading 4-2 when Tsitsipas retired with a right-arm injury.

The No.3 seed is forced to retire down 4-2 in his match against Alexei Popyrin#RolexParisMasters pic.twitter.com/4d1Vev7RFV

“I haven’t retired once in my life, and it was something that I had to do today… I’m trying to be cautious for the next tournament, which is the most important one for me. I have had an issue there for quite a while now,” the third seed said.

“It has gotten bigger in the past couple of weeks, so I’m just trying to protect it. I felt the pain playing in the match, and I just don’t want for it to get worse than it is now.”

The Greek is now in a race to be fit for the season-ending ATP Finals, which gets underway on November 15 in Turin, but he is hopeful of soon being 100 per cent fit again.

“I know how to treat it, but playing every day, going out on the court practising doesn’t make it better,” he said.

“It’s not easy to just stop, especially when you have important tournaments like this one here that I really wanted to do well [in]. It hurts a lot not to be able to play at the level that I’m expected to play, and I’m expecting myself to play.

“I’m going to have treatment. I’m going to try and have the best people treat me and give me the best advice – anything possible to recover and be 100 per cent again.”

Lucky loser Popyrin will his compatriot James Duckworth for a place in the quarter-final of the ATP Masters 1000 event.