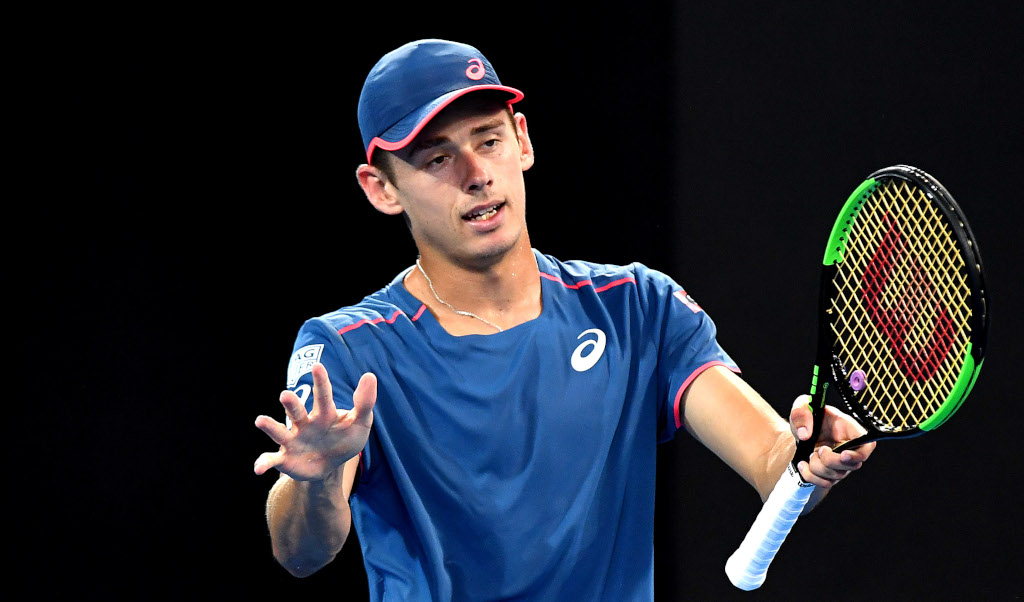 Andreas Seppi came from a set down to send top seed Stefanos Tsitsipas packing from the Sydney International while Alex de Minaur required only two sets to reach the semi-finals.

Tsitsipas looked solid in his opening match on Wednesday and appeared to have carried that form over to his quarter-final clash as he won the opening set.

"I always play my best tennis in Australia so I really enjoy playing here."

Next up for the Italian is third seed Diego Schwartzman after the Argentine beat Yoshihito Nishioka from Japan 6-1, 3-6, 7-6 (7-1).

Local favourite De Minaur came out on top in the battle of the Australians as the fifth seed secured a 7-6 (7-4), 6-3 win over Jordan Thompson in one hour and 54 minutes.

"It's always really tough to play a mate."

De Minaur will take on either fourth seed Gilles Simon or John Millman for a place in the final.