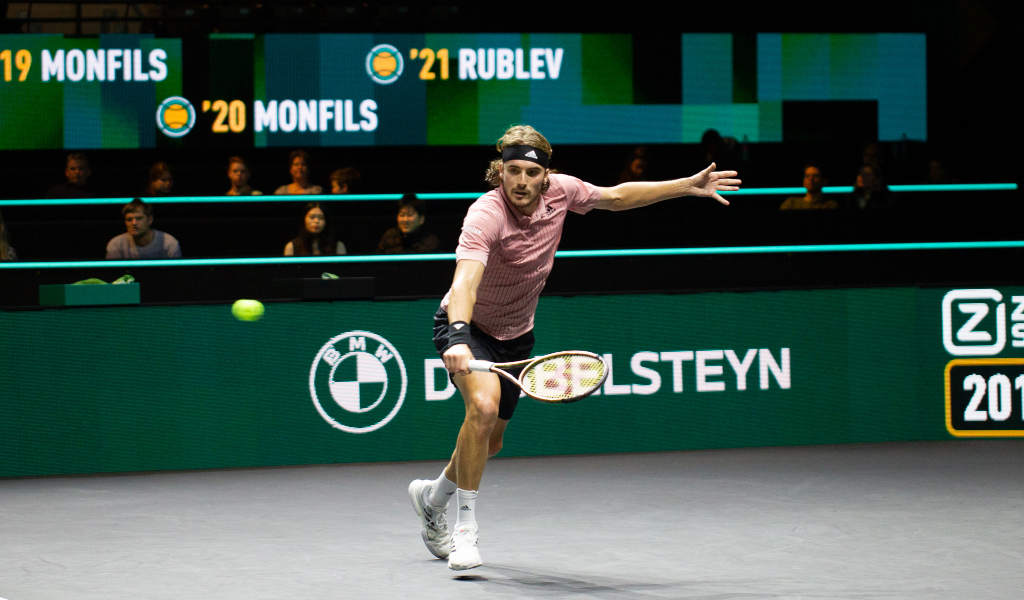 World No 4 Stefanos Tsitsipas has put to bed rumours that his father has been axed from his coaching team.

Tsitsipas revealed that former pro Thomas Enqvist had joined his coaching team but said that his father would still be involved.

“Enqvist is an addition to my team,” said Tsitsipas.

Apostolos Tsitsipas sparked fury during his son’s Australian Open semi-final loss to Daniil Medvedev. The Russian furiously remonstrated with the umpire complaining that Tsitsipas was being coached on court.

Tsitsipas was seen working with Enqvist during the ongoing ABN AMRO World Tennis Tournament in Rotterdam.

The indoor tournament in Holland is Tsitsipas’ first since the Australian Open.

The Greek No 1 said that he was taking on board a fresh perspective and had added Enqvist to his support team.

“Enqvist has a lot of experience on the tour and I respect him a lot. The reason Thomas is here is to help me, give me another perspective and give me some ideas,” the 23-year-old told reporters in the Gateway to Europe.

The rising star has enjoyed working with Enqvist and has looked in good touch on court, progressing to the semi-finals with just one dropped set.

“I’m here to listen whatever he has to told me. We have good energy between us.”

The former Captain of the Swedish Davis Cup has not taken on a full-time coaching job with a top professional before.

Tsitsipas should be targeting an eighth ATP Tour title in Rotterdam as the top seed and form player at the indoor event.

He produced an imperious performance on Friday to blast past Alex de Minaur 6-4, 6-4 in one hour, 31 minutes.

After a first round scare, Tsitsipas had recovered his touch to see off Ilya Ivashka in the second round, and he picked up where he left off against de Minaur.

Lehecka came into the tournament ranked 137th in the world but produced an upset victory over Denis Shapovalov in the opening round before enjoying a dream run to the last four.