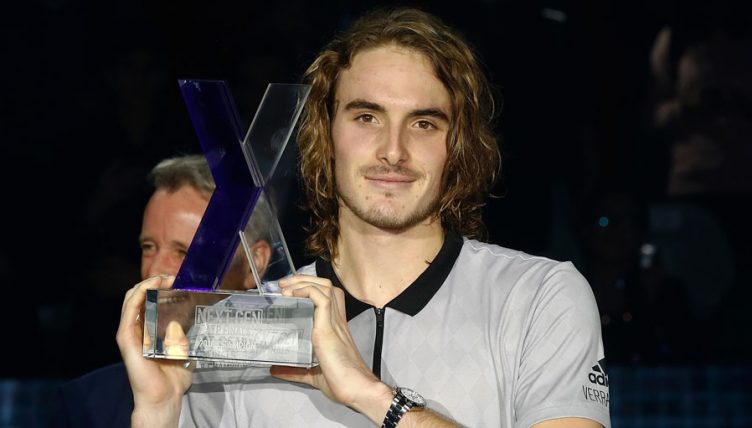 Stefanos Tsitsipas triumphed at the NextGen ATP Final on Saturday against Alex de Minaur, before declaring himself bemused with the competition’s odd rules.

The Greek sensation toppled Australian de Minaur 2-4 4-1 4-3 4-3 to claim the title, in which the first player to four games wins the set with tiebreaks played at 3-3.

“The games are very stressful,” said Tsitsipas, who has climbed to number 15 in the world from his season-starting position on 91.

“Obviously there’s no advantage so you need to be twice more concentrated.

“But, I love those rules because I won.”

In addition to the scoring innovations, players are allowed to communicate with coaches via headsets, and must retrieve their own towel from court-side racks.

Hawk-eye is also used is live action with a video review system in place to regulate it.

“The headset, I’m not a big fan of it, but you could see from the reaction yesterday,” he added.

“Live Hawk-Eye was exciting … very, very good. No mistakes. Very accurate. Very responsive… just much better than the human eye. So I love the live Hawk-Eye.

“Hopefully it can be put in more events in the future and be the innovation of the game.”