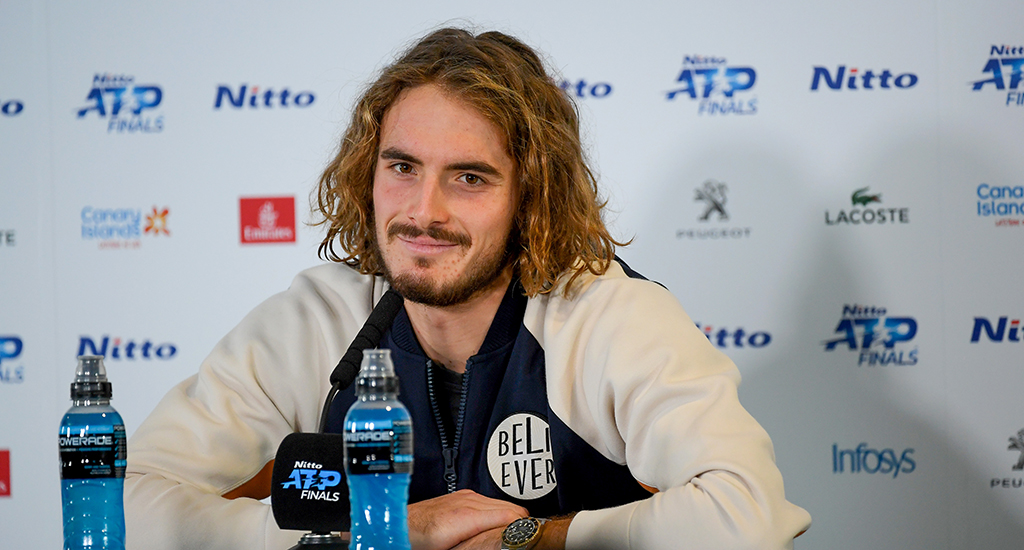 Stefanos Tsitsipas showed more signs that his game is maturing after revealing he had to keep some serious frustration and anger in check in his come-form-behind win over Novak Djokovic.

The pair met at the Mubadala World Tennis Championship, with the Greek coming out on top despite playing an atrocious opening set in Dubai.

“The start of the match wasn’t my best, I found myself 5-1 down,” Tsitsipas told the tournament’s official website after the match. “I got a bit angry with myself.

“I didn’t show it, I just told myself I was better and I just loosened up.

“It’s was good to have such a battle. We both played high-quality tennis. I’m glad that I played a lot with my brain today.

It was Tsitsipas’ first taste of the tournament, which has become the prestige event of the pre-season exhibition circuit – and he was very happy with the experience as a whole.

RELATED: ‘I have a couple more gears’ – Novak Djokovic not worried by Mubadala defeat

“The crowd were a lot of fun. I was thinking at one point how much energy they were bringing out on to the court.

“They make a whole lot of difference and it makes it more exciting to play.”